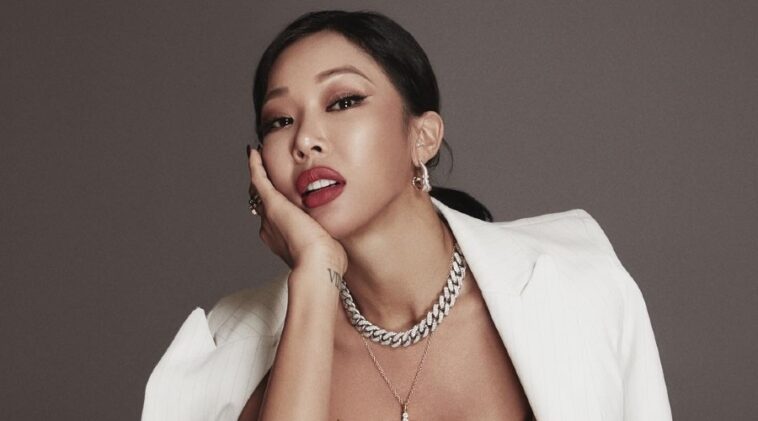 Jessi had a dream of making it big in the Korean music industry. For this reason, she decided to move from her hometown in US to South Korea at fifteen years old.

She was initially going to join SM entertainment, having already passed the audition. But the aspiring artist felt that SM music didn’t match her style.

In 2005, Jessi made her debut in the music industry. She released the single album Get Up under the label Doremi Records. She followed it up with a second single album The Rebirth in 2009.

However, these two early releases were not very successful. This Rapper even had to sleep in sauna as she didn’t have enough money to rent a place.

She eventually had to take a break from music and move back to the US.

In 2014, Jessi made his return to the music industry. She signed to YMC Entertainment and became part of a hip-hop trio Lucky J. With the group, she released the single Can Your Hear Me.

This Sagittarius woman began to gain recognition when she participated in Unpretty Rapstar in 2015.

After that, she was invited to be in JYP’s single Who’s Your Mama? and the music video. The track successfully topped all nine Korean music charts.

She would then release several more singles including Gucci (2017) and Down (2018) under YMC Entertainment.

After her contract ended with YMC, this Rapstar joined P Nation in January 2019. With the new label, she released the single Who Dat B.

The song was a commercial success, even charting at number eight on World Digital Songs Sales chart.

Jessi also had an EP titled Nuna, released on July 2020. The lead single Nunu Nana was released alongside the album.

1. Jessi has incredible sense of style

2. Looking cute, posing with her dog

4. Jessi can pull off even the most outrageous outfits

5. Love her simple style as well

Jessi has worked so hard to reach this kind of success. There were time when she needed to stop and rethink of what she’s doing.

But in the end, Jessi keeps on pushing forward and that’s truly inspiring.