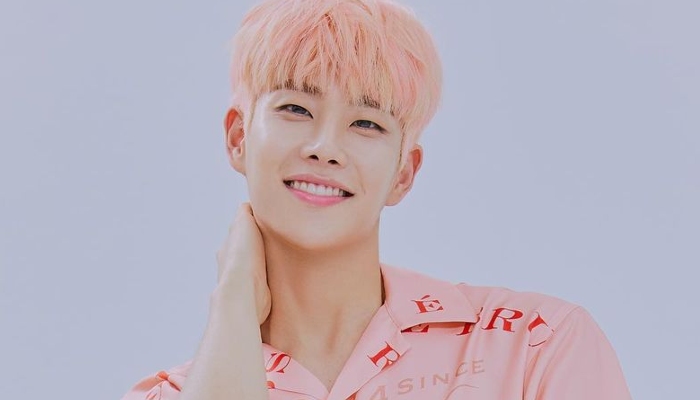 MJ first made way into the entertainment industry by participating in 2012 JYP Entertainment X HUM Audition.

He managed to win one year scholarship from Seoul National University. Later on, he auditioned for JYP Entertainment but didn’t pass.

The man from Suwon eventually joined entertainment company Fantagio. He was part of their talent development program called iTeen.

In 2015, MJ and 5 other iTeen Boys starred in web series To be Continued. These boys were going to be members of new boy band ASTRO.

MJ and the other ASTRO members also took part in reality show ASTRO OK! Ready. The show aired in January 2016.

After their reality show, this K-pop star finally made his debut with ASTRO on February 2016. The group released their debut EP Spring Up.

MJ got his first number 1 with ASTRO in 2017. It was for their fourth EP Dream Part. 01. Other than peaking on top of Gaon Album Chart, the EP also got to number six on World Albums Chart.

He had his first solo stage during The 2nd ASTROAD To Seoul Starlight concert. He performed a trot song titled CHEOK CHEOK ( Don’t Do It). His performance became part of the concert DVD, released on June 2019.

Other than being in ASTRO, MJ is also part of project trot group Super Five. The group was put together through MBC reality show Favorite Entertainment.

3. He can also pull off a badass look

4. A bit of close-up to appreciate his handsome face

5. MJ spent his day by the sea, looking like a model

MJ has had quite an amazing career with ASTRO. From here on out, he for sure will gain even more success.