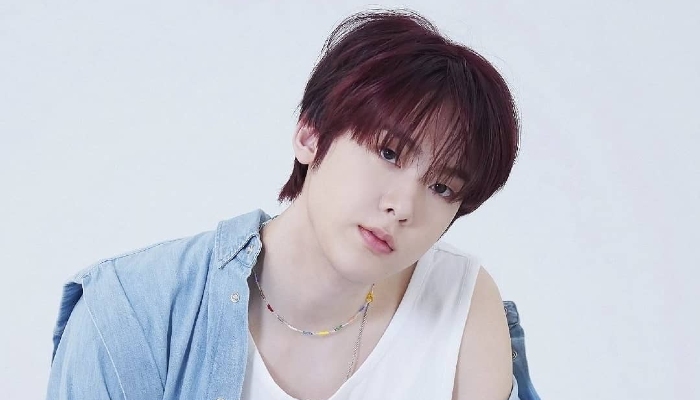 The man born in 2000 was the third trainee to be introduced by Fantagio Photo Test Cut.

In 2015, Sanha and five other iTeen boys took part in web drama To Be Continued. The six of them are going to be known as members of ASTRO.

Before their debut, this Aries man joined the others in reality show ASTRO OK! Ready. It was aired in January 2016.

Just a month later, ASTRO had their debut releasing an EP titled Spring Up. It managed to get to number four on Gaon Album Chart and number six on Billboard World Albums Chart.

He is also part of ASTRO sub-unit Moonbin & Sanha. With fellow member Moonbin, he released the EP Bad Idea in September 2020.

They won their first music show from The Show just eight days after the release.

1. Sanha is looking spicy in this photo

2. He looks amazing in all-black outfit

3. This K-pop idol can also pull off a more colorful look

4. Take a look at his flawless face in this close-up

5. The fur coat makes him even more chic

At such young age, Sanha has achieved great success. If he keeps this up, his future surely will be a bright one.