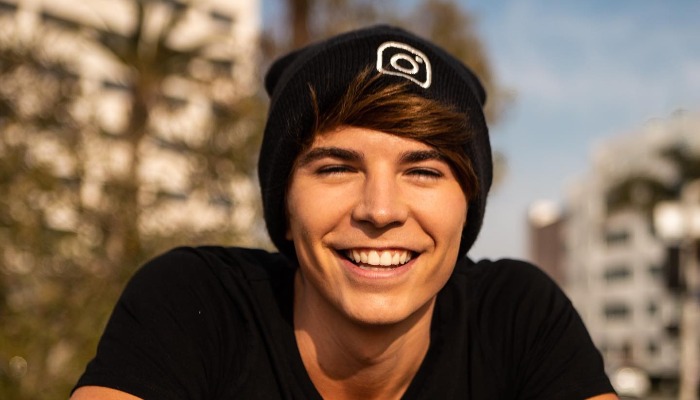 Javi Luna started his career as a model when he was in London doing modeling for Abercrombie and Fitch.

Javi was offered a role from a casting director through Facebook, and after that, he became passionate about acting.

He got a role in a short action film named Safari in 2014, and it was followed by another movie titled Cenizas when he became the protagonist.

Javi also got a role in an Australian comedic and satirical TV series titled Dreamland in the same year.

In 2018, Javi was cast in a TV series named Five @ 305. This actor also started his musical career by making a cover of Heartbroken by Corazón Roto in the same year.

He then released his original Spanish songs titled En Dónde Estás and Vuelve a mi Lado.

He was invited to the Famous Birthdays’ office in January 2019 and Bang Energy chose him as its ambassador.

2. A handsome selfie from the actor!

3. His smile is as bright as the sun behind him.

5. The leopard pattern on his jacket is head-turning.

Javi Luna has got roles in various kinds of screen appearances, including TV series, short film, and full-length ones.