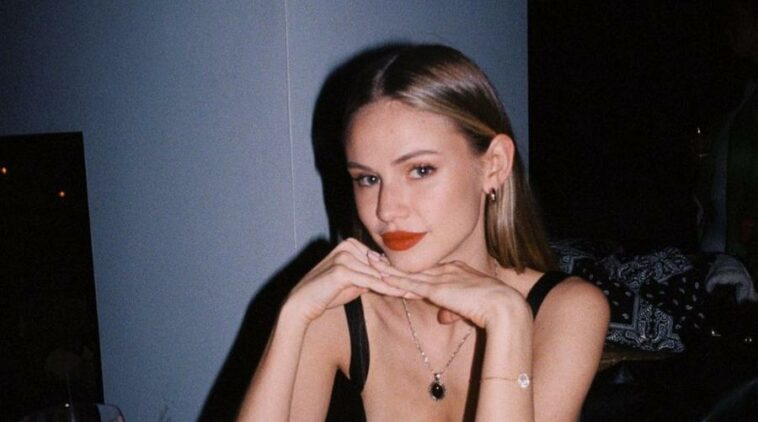 Scarlett Leithold is American model and Instagram star. She gained popularity after a Canadian singer, Justin Bieber posted her photos on his Instagram and took interest in her as well following her social media.

She worked for her agency for a few years and after her contract expired, she signed with Next Model Worldwide.

In her new agency, she joins clothing line Brandy Melville that has a massive customer base in America and numerous retail stores around the world.

Her popularity began to rise after she worked as the face of Brandy Melville, and on her Instagram page, she often posts photos of her wearing clothing from Brandy Melville as they partnered.

There’s no information about her relationship, regardless of her boyfriend or the man he’s closed with. One thing for sure is that she is currently unmarried and probably single.

She got her net worth from her job as a model as well from endorsements since she was 15 years old. Because she is still in her early 20, it is expected that her net worth is going to increase.

“What I like most about modeling…I always was a shy person. I was very uncomfortable in front of a camera, talking to strangers. But the profession really brought me out of my comfort. It pushed me to do things I’ve wouldn’t done before. And now I’m very much opposite what I used to be.”

“It’s so exiting to work with new people every day and traveling all over the world.”

“The best beauty tip I have is hydration. The skin always looks better when it’s hydrated.”

“I have to stay mindful of the people who look up to me, they shouldn’t be swayed into buying things that I don’t even use.”

“I just see Instagram as a platform to show the parts of your life you’re proud of. It’s a way to stay connected with people who want to follow what you do and are interested in you.”

“I don’t like taking pictures everywhere I go and do things just for content, that not really who I am.”

“I just listen to my body and what it needs to feel good. I’m always hungry so I eat a lot and do my best to eat healthy if the moment allows, I try to stay moving when I get the chance, and I like to look for new exercise classes in the new area I’m in”

“Victoria’s Secret would be a dream for me”

Scarlett Leithold started her career when she was 15. She was a shy person at first and not really comfortable around a camera, but after a while working as a model she got accustomed to it.