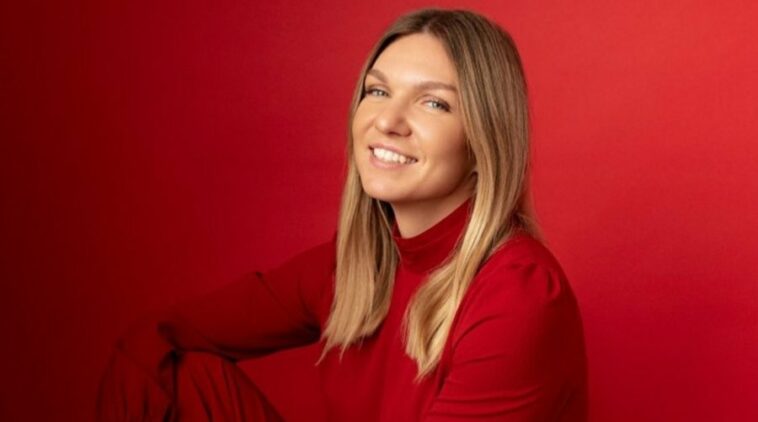 Simona Halep is a Romanian professional tennis player. She was famous as the number 1 during the 2017 and 2019.

Simona Halep started playing tennis when she was four years old. At that time, she was just visiting his brother’s training session and she took the same interest as her brother.

She began training twice a week with local coach Hugh Ghass until she was six years old. When she turned six years old, she changed her training schedule to everyday.

While practicing tennis, beaches and Black sea was her routine placed to practice. As she grew up, she was then sponsored by Corneliu Idu, the owner of a leading tennis club in Constanta.

At the age of thirteen, she played on the ITF Junior Circuit in 2005 and finished as runner up at the low level-Grade 4.

In her last year on the junior tour in 2008, she entered four tournaments a year. She finished second at the Arantxa Rus at the Nottinghill in Australia.

Her professional career began in 2006 when she started playing for the low level ITF Women’s Circuit. She got her first $25K single title in Sweden in 2008.

She made her WTA main-draw debut in 2010 and qualified for three consecutive events. In her first WTA tournament, she reached the quarterfinals at the Andalucia Tennis Experience.

She represents her nation and makes her debut for the Romania Fed Cup team in 2010 at the third-tier Europe/Africa Zone Group I.

Horia Tecau and Simona Halep’s relationship was a public one. Hora Tecau was professional tennis player just like Simona Halep.

Though it’s not known how long they’ve been dating, but the couple show off their togetherness in several occasion.

The rumor even said that they’ve been secretly married in 2017 but the rumor never confirmed.

Toni Luruc is a Romania billionaire. He had been dating Simona Halep for two years before tied the knot in 2021.

However, the marriage couldn’t stand as long as their relationship. Less than a year after their wedding, the decided to divorce.

Luruc stated that the differentiation and distance as a result of their career was the reason for their split.

As for now, Simona Halep is probably enjoying her single life while focusing on her career or just kept her relationship private.

Simona Halep’s net worth is around $42 million. Her main income was comes from prize money.

Simona Halep has won many competitions. Her estimated accumulated prize was $38 million.

As the 4th highest earning female tennis player in the world in 2020, her earning was $10 million.

One of the ways she spent her fortune was to buy cars. She has several cars collection like Range Rover Sports, Mercedes AMG G63, Mercedes AMG S63 Convertible, and Porsche Carrera 911.

She has her own foundation called the Simona Halep Foundation which aim to help children in sport, education, and health.

Aside from her own foundation, she also donated on public like when she donated to fight Covid-19 in 2020.

“I would like to get stronger in the body as well, because to be offensive and to be close to the baseline, to play with the big hitters is not easy. So you have to be strong on the body.”

“I won Wimbledon which I never expected because it’s super-fast and you need the serve. So I don’t have a big serve there. But my game was really good in that year and it was just perfect for the surface and I was very confident.”

“Suddenly, I discovered Patrick Mouratoglou’s Academy, I felt something different, I noticed that the fire for tennis had returned to me. I always thought that at 30 I would be done with all this, I was going to quit this year.”

“At the moment I still feel this pleasure that I don’t want to give up. I really thought that I would never get back to the same level after the injury”

“I had that injury that I didn’t know how to handle. It was the biggest injury in my life, so it was really tough”

Simona Halep won Wimbledon Women’s title and was no.1 between the years 2017 to 2019. She is an avid fan of exercise and can do it for more than an hour a day.