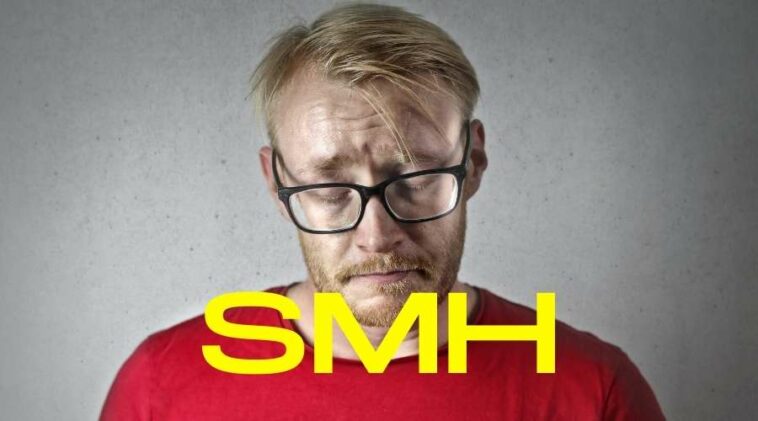 If you ever find yourself confused about these days’ teenage vocabulary, you might have heard about the term ‘SMH’.

Sometimes this term becomes very confusing and can’t be defined clearly, but there are always some people who know it better than anyone else.

Learning about this term might enrich your teenager’s vocabulary. Thus, it can expand your horizon in friendship.

Read also: What is WTW? Meaning and Origin

SMH is actually an abbreviation or acronym, combining initial letters which have the meaning of “shaking my head”.

Some other people also define this term as “scratching my head” or even expand it to SMDH, which is sort of “shaking my damn head”.

In daily life, this term is often used in various ways, such as on digital platforms or even in daily life conversations.

Usually, this term is used by black internet communities, even though in this modern life there is some familiarization with the internet culture.

This term can be described as the expression of impatience with a person or process, which can be defined as disappointing or frustrating.

Even so, there is no clear validity to who created this term in the first place, so the creator of this term remains unclear.

After this term appeared for the first time on Urban Dictionary, this term reached popularity when social media platforms such as Tumblr and Facebook became very popular.

But after some years, this term declined to start from June 2011 and becomes less popular every year.

One of the reasons why this term becomes less popular nowadays might be caused by the existence of GIF tools, such as GIPHY that can show the reaction.

Read also: What is Menhera? Meaning and Origin

Originally, the term SMH is derived from some online community several years ago with the meaning of a disappointing reaction.

This term can be used by many people when facing some certain conditions.