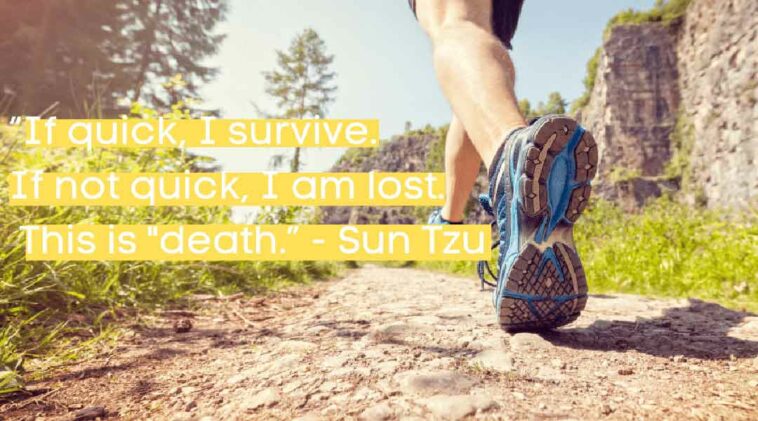 Sun Tzu quotes about leadership, strategy, and victory become reference not only in military strategy but in our daily live.

Sun Tzu is a chinese military commander in chief who well known as a genius general and a philosopher.

Sun tzu’s book “The Art of War” is more than just a a military strategic book. That book give a specific change in chinese military also around the world.

Also as an awakening mindset to build the teamwork, manage the strategy, how to fight and be a good leader.

Here are 60 quotes From Sun Tzu that you can share with your team, co-workers or as an input for your leader, so your team will achieve the goal and achieve the victory. 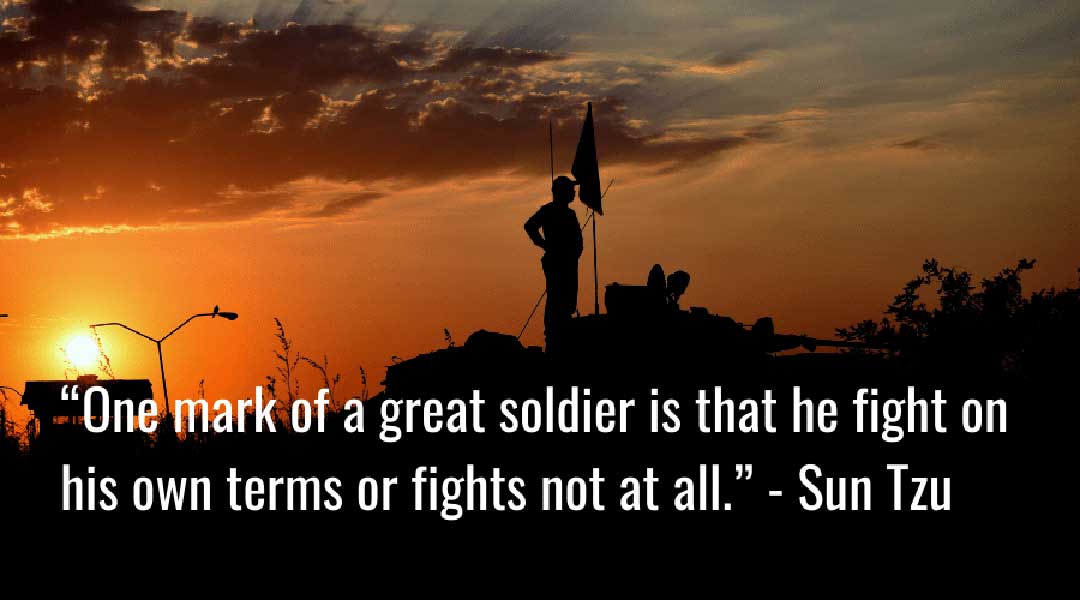 1. “Know yourself and you will win all battles”

2. In the midst of chaos, there is also opportunity

3. “Strategy without tactics is the slowest route to victory. Tactics without strategy is the noise before defeat.”

4. “He will win who knows when to fight and when not to fight.”

5. “One mark of a great soldier is that he fight on his own terms or fights not at all.”

6. “Treat your men as you would your own beloved sons. And they will follow you into the deepest valley.”

7. “Quickness is the essence of the war.”

9. “If you know the enemy and know yourself you need not fear the results of a hundred battles.”

10. “Correct your mistake as soon as you have found it” 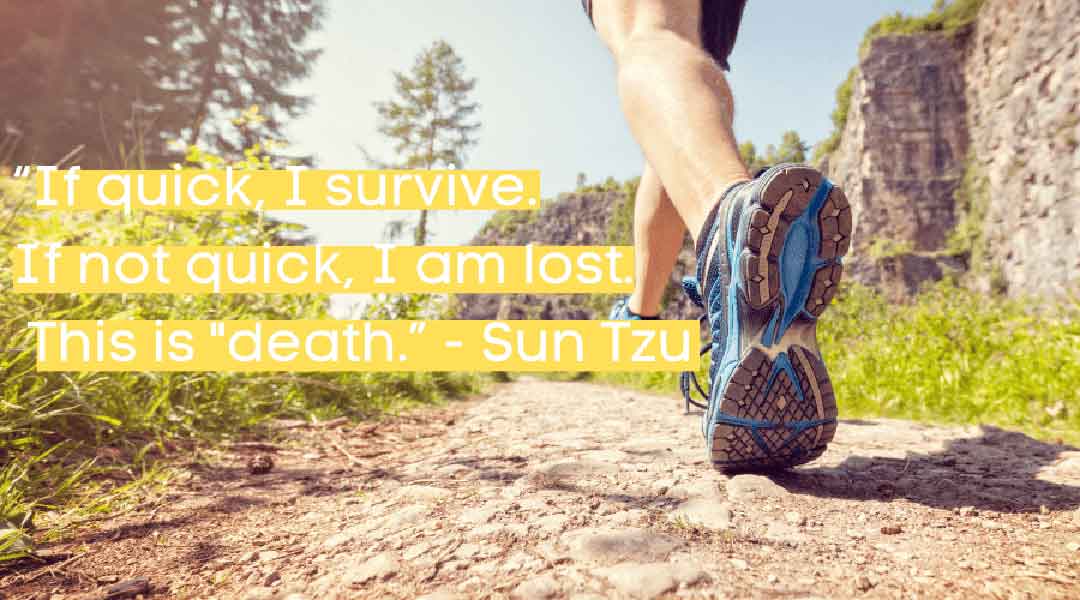 12. “Attack is the secret of defense; defense is the planning of an attack.”

13. “When one treats people with benevolence, justice, and righteoousness, and reposes confidence in them, the army will be united in mind and all will be happy to serve their leaders.”

14. “However desperate the situation and circumstances, don’t despair. When there is everything to fear, be unafraid. When surrounded by dangers, fear none of them. When without resources, depend on resourcefulness. When surprised, take the enemy by surprise.”

15. “He will win who, prepared himself, waits to take the enemy unprepared.”

17. “Ultimate excellence lies not in winning every battle, but in defeating the enemy without ever fighting.” 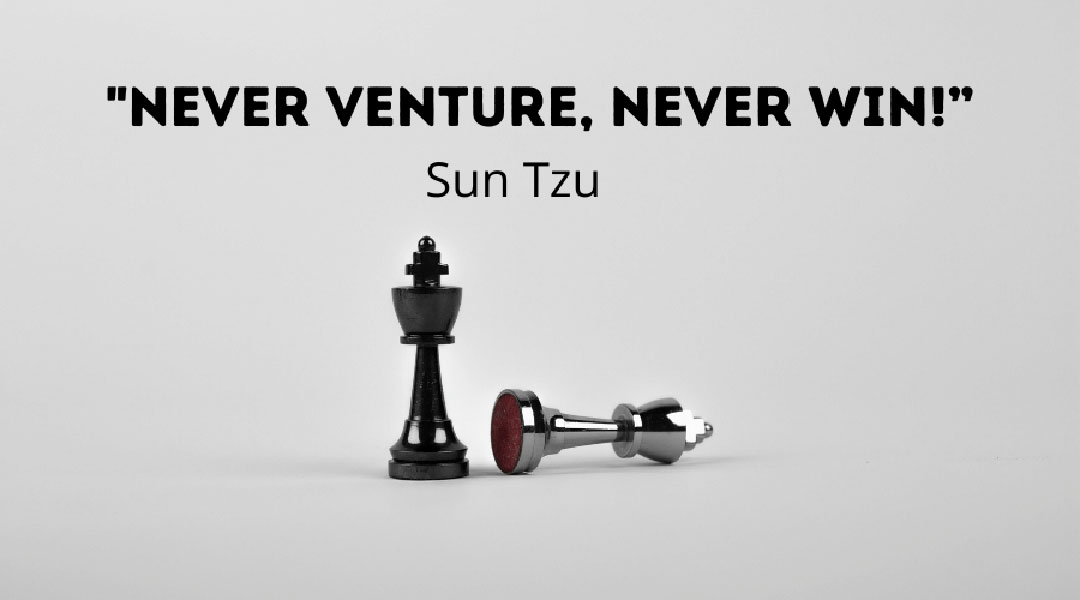 21. “If ignorant both of your enemy and yourself, you are certain to be in peril.”

25. “The worst calamities that befall an army arise from hesitation.”

26. “Rewards for good service should not be deferred a single day.”

27. “Leadership is a matter of intelligence, trustworthiness, humaneness, courage, and sternness.” 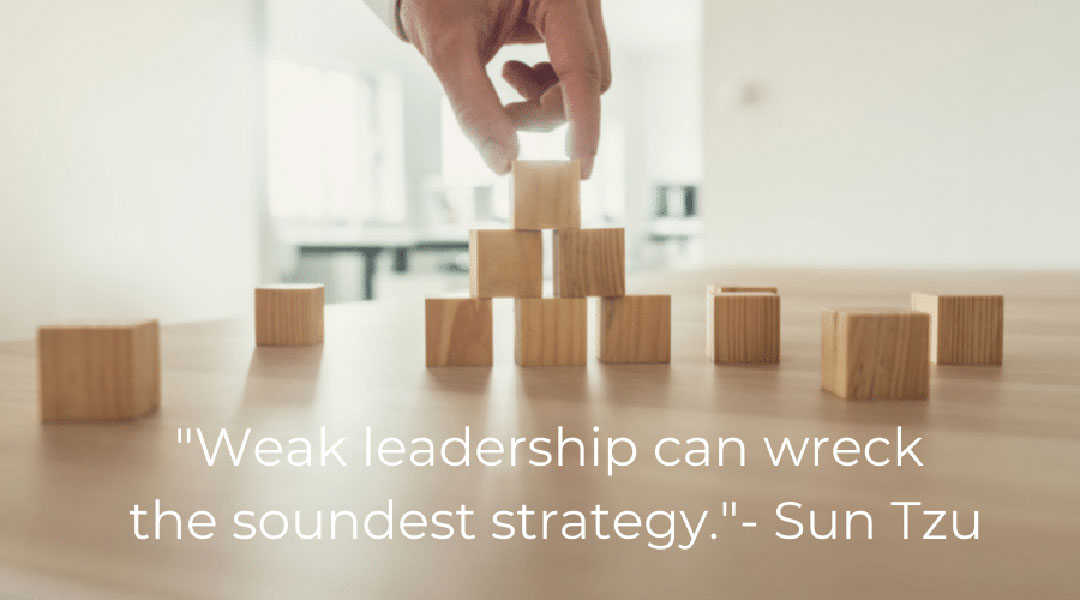 32. “There are five dangerous faults which may affect a general:
– Recklessness, which leads to destruction;
– cowardice, which leads to capture;
– a hasty temper, which can be provoked by insults;
– a delicacy of honor which is sensitive to shame;
–  over-solicitude for his men, which exposes him to worry and trouble.”

33. “Bravery without forethought, causes a man to fight blindly and desperately like a mad bull. Such an opponent, must not be encountered with brute force, but may be lured into an ambush and slain.”

35. “It is the unemotional, reserved, calm, detached warrior who wins, not the hothead seeking vengeance and not the ambitious seeker of fortune.”

37. “Concentrate your energy and hoard your strength.”

38. “He wins his battles by making no mistakes.”

39. “There are not more than five primary colors  (blue, yellow,  red, white, and black), yet in combination they produce more hues than can ever been seen.” 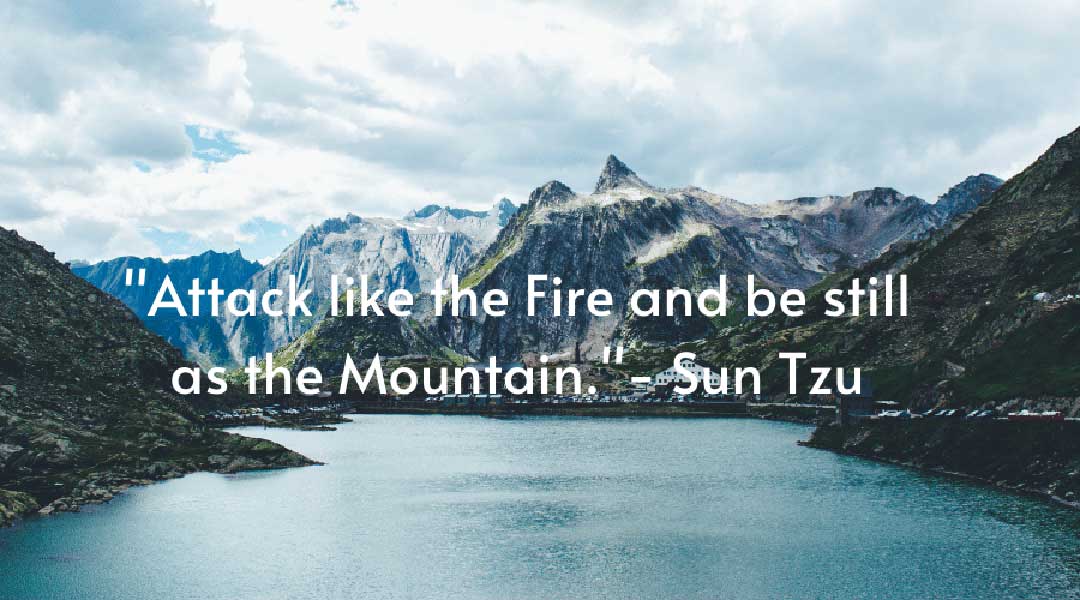 41. “In desperate position, you must fight.”

42. “Let your plans be dark and impenetrable as night, and when you move, fall like a thunderbolt.”

43. “When the officers are too strong and the common soldiers too weak, the result is collapse.”

44.”Attack like the Fire and be still as the Mountain.”

45. “Those who win every battle are not really skillful – those who render others’ armies helpless without fighting are the best of all.”

46. “Keep their friends close and their enemies closer.”

47. “Ponder and deliberate before you make a move.” 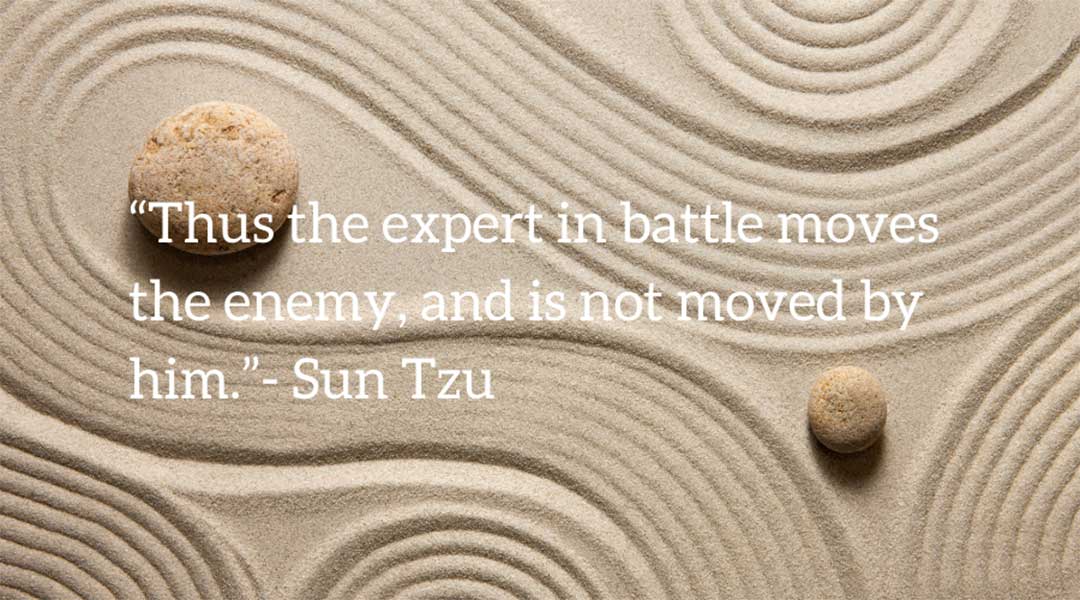 52. “Thus the expert in battle moves the enemy, and is not moved by him.”

53. “He will win who knows how to handle both superior and inferior forces.”

55. “The art of giving orders is not to try to rectify the minor blunders and not to be swayed by petty doubts.”

56. “Do not repeat the tactics which have gained you one victory, but let your methods be regulated by the infinite variety of circumstances.”

57. “Rapidity is the essence of war: take advantage of the enemy’s unreadiness, make your way by unexpected routes, and attack unguarded spots.”

58. “In war, then, let your great object be victory, not lengthy campaigns.”

59. “The successful person has unusual skill at dealing with conflict and ensuring the best outcome for all.”

60. “The successful person has unusual skill at dealing with conflict and ensuring the best outcome for all.”

Sun tzu is well known as a someone with unique and efficient personality. Story told that he often took unusual strategy which never done before by other warlords.

During his periode, Sun Tzu contributed in East China war. No wonder, even after hundred years, we still look up into his legacy.