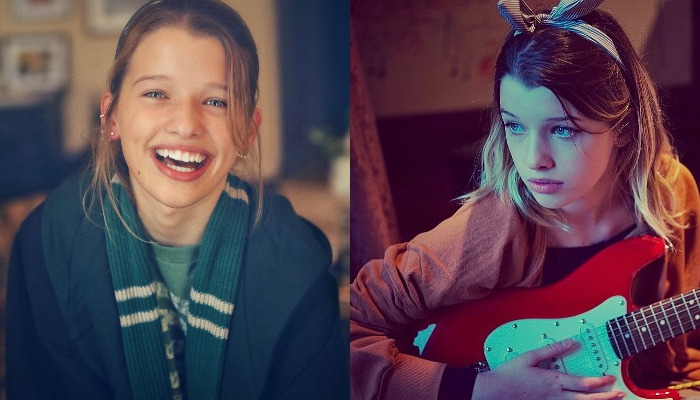 A phrase like father like son should be the best quote to describe Milla Jovovich and her daughter, Ever Gabo Anderson.

She is the oldest child who chooses her path to be a celebrity likes her mother.

Ever Anderson begins her career when she was very young age. Now, she he 13 years old and she is going to be 14 years old in 2021.

She is very adorable and talented kid. These are 10 stunning and gorgeous pics of Ever Gabo Anderson, the next Hollywood star.

1. Ever Gabo Anderson was born on November 3, 2007 in Los Angeles, California, USA

2. She is the daughter of Milla Jovovich and Paul W.S.Anderson

3. In 2016, Ever Anderson played as Red Queen in Resident Evil: The Final Chapter. It was her debut serial film at 7 years old

4. She also will play in Peter Pan & Wendy upcoming film with Alexander Monoly as Peter Pan, while she will act as Wendy

5. She will play as younger Scarlett Johanson in upcoming film, Black Widow

6. She could speak in English, French, and Russian

7. Her first name is taken from Scottish name which her parents like, while her middle name is from her grandparent’ Galina and Bogie

9. She has a dream to be an actress since she was 4 years old

10. She has two younger sister, Dashiel Edan and Osian who was born in 2020

Ever Anderson is a talented and successful child star. In 2021, she has a busy day for filming her films and movies. She works hard since she was young. What do you think about Ever Anderson?