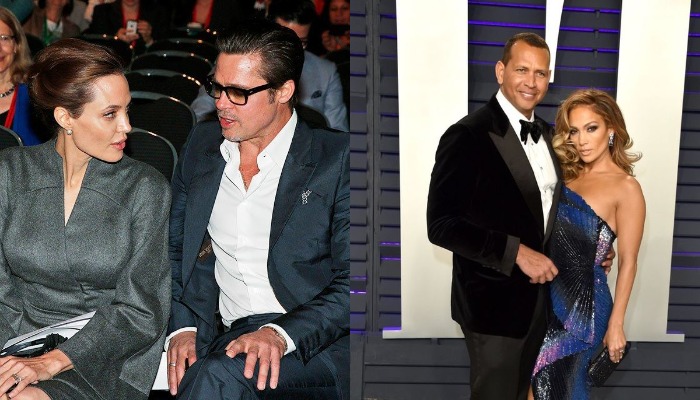 There are many celebrities who get into affair scandal. Some of them decide to continue the relationship, refuse the information as a hoax or end it.

Moreover, their stories become a hot topic for public consumption, since as an actress and actor, she or he gets a lot of fans who love them.

Then, we have 9 lists of the biggest affair scandal of Hollywood stars for your information. Let’s take a look at them.

2. Angelina Jolie and Brad Pitt make people feeling blue when they know about their divorce agreement. There was a rumor about the affair scandal of Brad Pitt with his co star in Allied film, Marion Cotillard

3. Tristan Thompson has more than one time cheating on Khloe Kardashian. He even has a rumor affair with Kylie Jenners’ best friend, Jordyn Woods

5. Hugh grant accepted the cheating rumor with Divine Brown, a sex worker when he was dating Elizabeth Hurley

7. Jude Law was cheating on Sienna Miller with the nanny of their children

8. A rumor of cheating also comes to a couple Kim Kardashian and Kanye West. The rumor said that Kanye was in a relationship with Jeffree Star

9. Robert Pattison and Kristen Stewart had a lovely relationship since they played with movies Twilight. Then, the scandalous affair of Kristen with Rupert Sanders made them broke up

Read more: 9 Then and Now Looks of The Sandlot Cast, Change A Lot

Affair scandals are the most crucial problem of the relationship between two people. We hope all couples will always get a positive value from all the stories that happen to them.