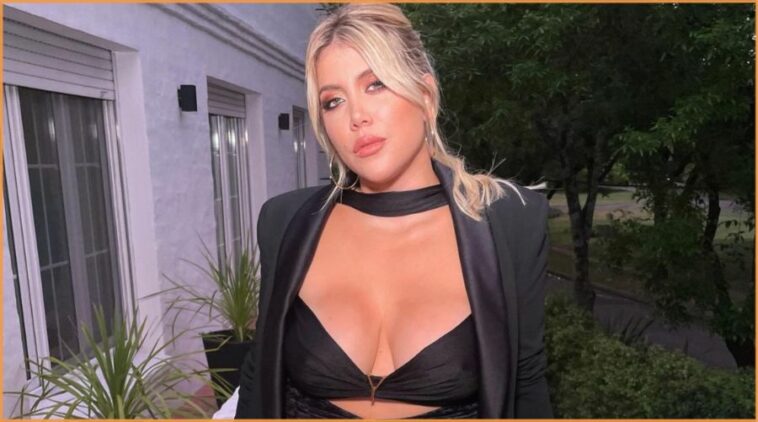 Wanda Nara is Argentine actress, model, and football agent . She was known for her job as an actress. She is also famous as the ex-wife of Mauro Icardi.

Wanda Nara made her theater debut in summer 2006 in the revue Humor en custodia. She became a vendetta in the revue King Corona by Jorge Corona.

Two months after the revue, she left because of alleged abuse by the comedian and his wife, who gathered attention from a gossip magazine.

She participated as a contestant in Bailando 2011 but was replaced by her sister Zaira because she left for Italy with her husband Maxi Lopez.

She is making her showbiz comeback as a co-presenter, showgirl, and opinionist on Tiki Taka – II calcio e il nostro gioco, a sport show that aired at late night slot.

Aside from her career in the entertainment industry, she was famous because of her status as Maxi Lopez’s and Mauro Icardi ex-wife.

Wanda Nara and Diego Maradona’s relationship was never confirmed by either parties. But there’s a wild rumor about them intimately involved in 2006.

The rumor heated by exchange Twitter argument between Maradona and Mauro Icardi.

Her first encounter with Lopez was at a fashion show. They began dating and not long after, they tied the knot in 2008.

From the marriage, the had three sons. However, after marriage for five years, their marriage comes into a hurdle as Lopez accused Nara of cheating on him meanwhile Nara accused Lopez of repeated infidelity.

The marriage comes to an end as Nara files for divorce and they separated in 2013.

A year after her divorce from Maxi Lopez, Wanda Nara is dating footballer Mauro Icardi. They began dating in 2014 and decided to take the relationship further by official the wedding.

From the marriage, they have two daughters. However, the history repeated as in 2018, it was reported that she was cheating on Icardi though the rumor was brushed off by her.

But the marriage eventually comes off as they take their separated ways in 2022.

In October 2022, weeks after her divorce with Mauro Icardi, Wanda Nara introduce her new boyfriend.

Her boyfriend was a rapper who was 13 years younger than her. The couple were spotted spending time together in Argentina and Nara even shared photos of them together.

Wanda Nara’s net worth is around $2 million. While she not sharing her annual salary, but her main income probably comes for her job as football agent, and model.

“While you wait for what will never come, this is what you didn’t expect”

“I am an old-fashioned woman, for me a little message is divorce”

“Everything in life happens for a reason, the important thing is love. We both had the opportunity to choose each other again”

“Sometimes when you don’t want to talk, they start inventing. It is logical”

“Real life is not what an Instagram shows, when we are sad we don’t show it “

“We both blindly trusted in everything, I put my hands in the fire for him and I felt like there was a break.”

“It has created a few problems for me because it is almost exclusively a male-dominant environment, and it makes things even more difficult that I am my client’s wife. But Mauro is very good as he has given me unconditional trust and therefor has legitimized my role as his agent in the eyes of others.”

“Working on a contract renewal while I was in my seventh month of pregnancy was not easy.”

“Once Argentina and Brazil were knocked out of the World Cup, we all cheered for Croatia.”

“We made a video with all the children who sent messages of support and encouragement to the fathers. I showed the video to Inter and to Spalletti, who liked it, but said that his daughter was missing in the video! But I don’t dare bother his wife by adding her to the group chat.”

She has been long in the entertainment industry, but aside from being an entertainer, she often shares about her life and her children on her social media.