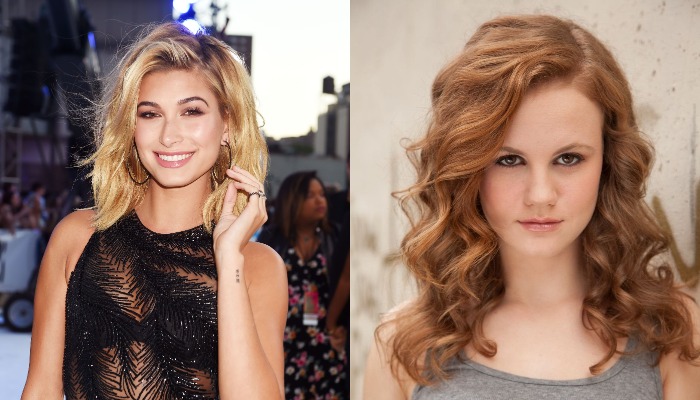 Do you ever know that some famous Hollywood stars were born on exactly the same days? They are twins from different father and mother.

It will sound crazy, but they were born on the same days, months, and years.

Have you noticed this information? If you haven’t, we will look 9 Hollywood stars who are unrelated twins that born on the same days. Here they are!

1. An American actress, Emily Blunt has the same birthday date with Aziz Ansari. Both were born on February 23, 1983

2. Mackenzie Lintz and Justin Bieber’s wife, Hailey Baldwin also born on the same day. Their birthday is in November 22, 1996

3. Angelina Jolie and Russell Brand are twins from different family. They born on June 4, 1975

4. A singer David Craig and Danielle Fishel were born on May 5, 1981. David were born in Great Britain, while Danielle in America

5. Ashley Greene and Elliot Page are two beautiful ladies who were born on February 21, 1987

6. Robert Pattison also has his unrelated sister twin who has the same birthday as him. She is Lena Dunham who was born on May 13, 1986

8. Then, the other unrelated twin is Paris Hilton and Joseph Gordon. Both were born on February 17, 1981

9. The last is a beautiful singer, Taylor Swift and Katherine Schwarzenegger. They were born on December 13, 1989

What do you think about this information? We hope all good news and great career for all of them now and the future. Who is the best partner in your opinion?