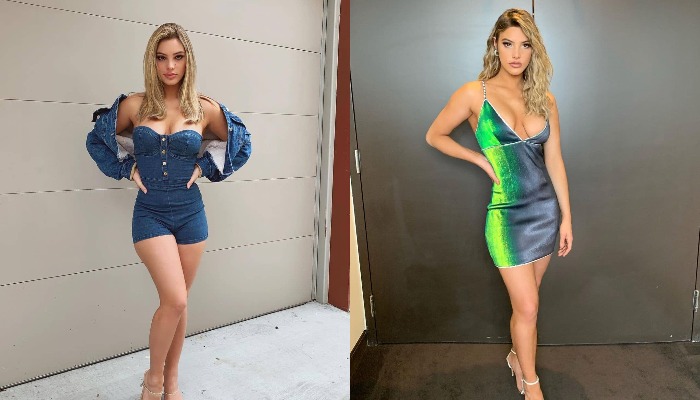 Lele Pons is one of  the best YouTuber from America. She was born on June 25, 1996 in Caracas, Venezuela.

She begins her career in the vine, an application to share a short video in public until 2016. Then, Lele starts making a comedy video on her YouTube channel.

Besides her fun and easy going personality, she is a great singer and a beautiful lady. She has a perfect body goals that all women will love so much.

Now, she looks even awesome and stunning. Let’s see closer about her latest news.

1. At the first time, Lele Pons starts her career as a comedian in her YouTube channel and vine

2. Then, she opens a new path as a singer. One of her songs is Celoso which published in 2018

3. She updated her new song 2 months ago. She does a duet song with Guaynaa entitled Se Te Nota

4. Lele shares a full story about her real life in her YouTube channel in episode Secret Life Of Lele

5. A few months ago, she also opened a podcast Best Keep Secrets With Lele Pons in Spotify platform

7. Many people misunderstand about the relation between Twan Kuyper and Lele Pons. They say that they are just close friends

8. She often does a collaboration with Twan Kuyper, Rudy Mancuso, Hannah Stocking, and other famous Youtubers and influencers

9. Lele has a very close relationship with Hannah Stocking. They look like a sisterhood

Have you watched videos from her YouTube channel? She is very good looking lady who has a very good and bright personality. Are you one of Lele Pons’ fans?