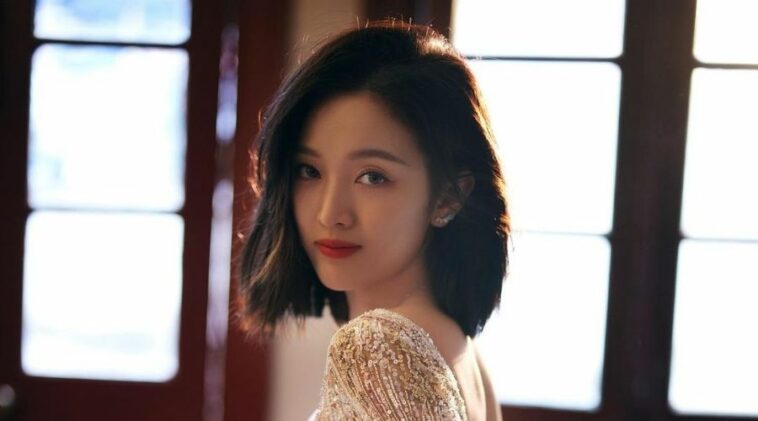 Xuan Yi made a grand decision in 2014 when she left China to live in South Korea. In that country, she had a dream to be an idol.

She then later became a Starship Entertainment trainee. After doing a lot of hard works there, she then was announced as a member of WJSN.

On the same day, she was also announced as a WJSN sub-unit, Joy, alongside Yeoreum and Eunseo on December 17, 2015.

Two months later, she then debuted the group by releasing Would You Like? as their first EP.

In 2018, she didn’t participate in the group’s promotion for Dreams Come True with Mei Qi. They went to China because they joined Produce 101 in China.

She then became a member of Rocket Girls 101, as a consequence of her win in Produce 101.

Because there was a problem, she left the group with Mei Qi but no longer after that, there was an announcement that they come back.

2. She looks so glamour even when she’s taking a dish

3. What a perfect model

5. Her dress is so magnificent

Xuan Yi is such a good and talented idol. She is charming, multi-talented, and also generous. Thumbs up for her!