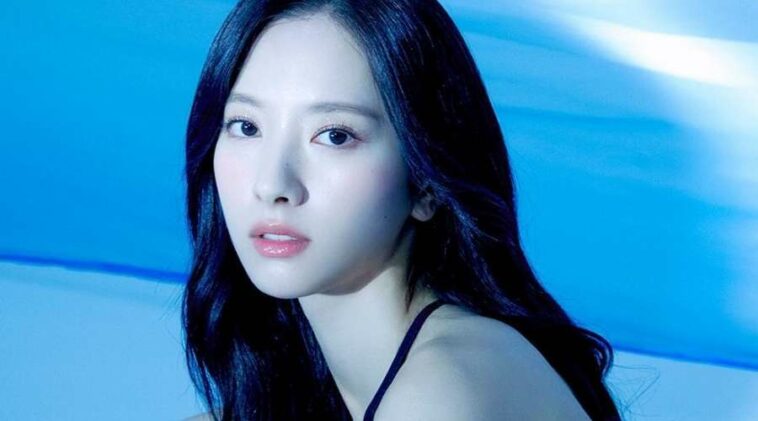 Bona took her first footstep in the K-entertainment industry when she decided to join a Cube Entertainment audition a long time ago.

She succeeds to passing the audition and finally becames a trainee there. Bona then tried hard during her trainee days at Cube for six years.

But after that, she decided to leave the agency and joined another agency, Starship Entertainment, in 2015. She then became a trainee there for one year.

Two months later, Bona then officially debuted with the group by releasing Would You Like? as their debut EP on 25th February 2016.

One year later, she ventured her wings into the acting world by joining Hit the Top and Girls’ Generation 1979 dramas.

In 2018. she also became an actress for Your House Helper, which led her to her achievement at winning the 2018 Korea First Brand Awards as Best Female-Idol Actress.

4. Dreamy dress matches her, too

5. Beware everybody, the femme fatale is here

Bona is a real bombastic female idol. She’s so charming, confident, good at performing, and has a good personality. What a perfect idol!