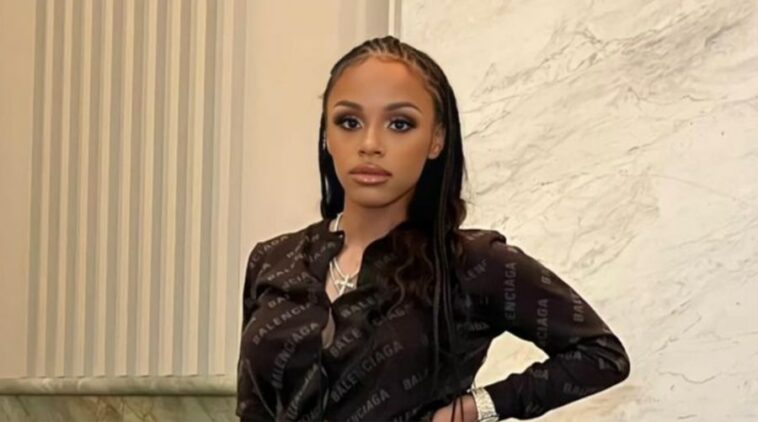 Yaya Mayweather is an American celebrity and rapper from Vegas, Nevada.

She is known as the daughter of Floyd Mayweather, who is a legendary American boxer. More than that, Yaya also has a talented passion as a musician and influencer on social media.

Yaya had an interest in music from a young age. She explored his career as a music artist and rapper as the beginning of his success.

In this case, she released her first single, Oh Okay Remix, in October 2018. She uses the YouTube platform to introduce her songs to the public.

Because of the song she performed, she received good praise from her fans. In this case, she performed a song in the rap music genre. After that, she teased new music as a musician for her professional career.

Not only that, but she also uses social media to get good attention from the audience. For this reason, she uses Instagram as a means of greeting fans and a career as an influencer.

Her relationship began in 2018 dating the popular rapper, NBA YoungBoy and she announced her pregnancy in September 2020.

Initially, many of her friends believed that the pregnancy was just a rumor, but it turned out fact after the pictures about the pregnancy came out online.

However, there is no official report on how Yaya and her YoungBoy met. They kept their personal life cloistered. After that, the couple welcomed their son, namely Kentrell Gaulden Jr, in January 2021.

Her net worth is around $1 million – $5 million. Yaya’s wealth is earned from several jobs such as rapper and Instagram star.

Moreover, there are no further reports about her professional income, but being a celebrity daughter, she has a source of income. In short, she was born with a golden spoon in her mouth like rich people.

As a rapper, she keeps her career running smoothly by being active on social media. She has a huge number of fans because of her performance as a talented person.