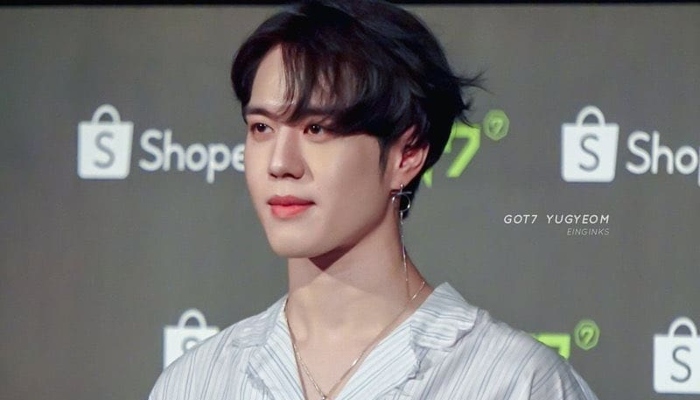 Yugyeom has dreamed of becoming an entertainer from a young age. He was especially interested in dancing.

The man from Namyangju joined a dancing crew Body & Soul when he was 14 years old. With the team, he became the runner up of the national competition Adrenaline House Dance Battle.

In 2010, he passed the auditioned for JYP Entertainment. He became a trainee and even made appearance in reality survival show WIN: Who Is Next.

Yugyeom became part of JYP’s new boy band GOT7 in 2014. He made his debut with the group by releasing the EP Got It? in January.

The album topped the Billboard World Albums Chart and got to number 2 on Gaon Music Chart.

This talented dancer got to present his solo song in their third studio album Present: You. The song is titled Fine and released along with a music video on September 2018.

Over the years, Yugyeom also got involved in creating the choreographies for some songs like If You Do and Poison.

Besides being in GOT7, this Scorpio man was also part of its’ sub-unit Jus2. With Jay B, he released the EP Focus in March 2018. The track Focus on Me served as the lead single.

In 2021, Yugyeom and the members of GOT7 decided not to renew their contract with JYP Entertainment.

Even though they are not in the same agency anymore, all seven members are still part of GOT7. They released a song together called Encore in February 2021.

Following his departure, this K-pop star joined AOMG. Yugyeom then released his solo EP Point of View: U.

Its pre-release single I Want U Around debuted at number two on Billboard World Digital Song Sales Chart.

2. His side profile is amazing

5. Yugueom always manages to look cool in every shot

Yugyeom has had an amazing career with GOT7. His venture as solo artist is also shaping up to be a great one.