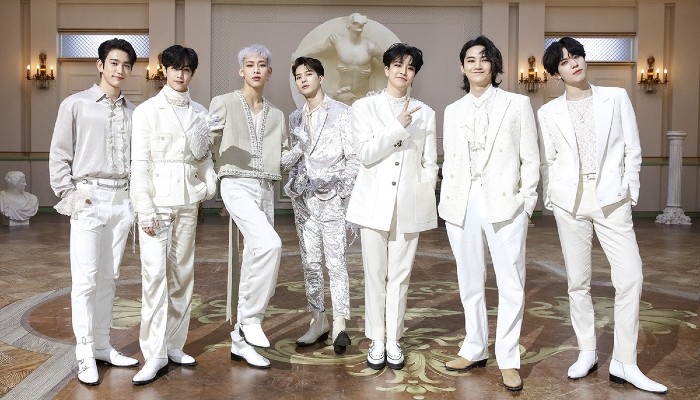 In 2014, JYP Entertainment announced a new group called GOT7. This would be the newest boy group since debuting 2PM back in 2008.

The group consists of Mark, Jay B, Jackson, Youngjae, Jinyoung, Yugyeom, and BamBam.

The name GOT7 took inspiration from the iconic first generation group g.o.d. At first, it was going to be called GOT6 for having six mixed-gender members.

In the end, they are named GOT7 for the seven members. With lucky number seven in it, GOT7 holds the meaning: seven lucky people come together.

The group released debut EP Got It? on January 2014. It was released along with the single Girls Girls Girls. The album managed to top the Billboard World Albums Chart and get to number 2 on Gaon Music Chart.

GOT7 quickly rose to fame thanks to their unique performance. They combined their dancing with b-boy tricks and some acrobatics movement. They also put in martial arts tricking into their move.

Following their successful debut, GOT7 went on to release their first studio album in November 2014.

Not long after their debut, GOT7 also signed with Sony Music Entertainment Japan to target the Japanese market. They released their debut Japanese single Around the World in October 2014.

This release was followed by a full Japanese album Moriagatteyo in 2016. The album contains 12 original Japanese songs and 4 Japanese versions of their Korean songs, including Girls Girls Girls. Moriagatteyo performed quite well on the chart, peaking at number 2 on Oricon Album Chart.

In 2021, all seven members of GOT7 decided not to renew their expired contracts with JYP Entertainment.

Each member ended up in a different agency. Despite that, they still released a song together as a group. The single Encore was released in February 2021.

GOT7 is definitely a group to look up to. After so many years, the member are still very close.

They even managed to release a song together despite not being in the same agency anymore. Hopefully, we will hear more from them in the future.