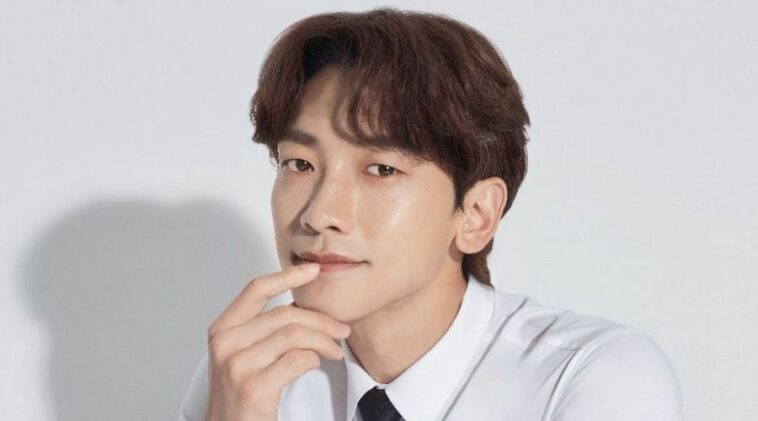 Who doesn’t know Rain, anyway? This mega-popular Korean celebrity whose real name is Jung Ji Hoon never disappoints anyone who admires him.

Starting his career by joining JYP Entertainment as a trainee, this awesome singer shot his first debut at the age of 16 by becoming a member of Fanclub in 1998.

But sadly, the group was failed to be successful, even though they had released two albums.

Two years later, in 2002, Rain then made another shot by making his debut as a soloist by releasing a solo album called Bad Guy which includes tracks Bad Guy and also Handshake.

In that year, Rain also made his first debut in the acting industry by starring in a TV series called Orange as himself.

Slowly, Rain gained success both in music and acting. He then took this opportunity to release his next album entitled How to Avoid the Sun and It’s Raining.

In 2003, he starred again in a Korean drama called Sang Doo, Let’s Go to School.

One year later, he got wide success by starring in Full House (2004) alongside the mega-popular Korean actress, Song Hye Kyo.

Rain marked his first concert tour, Rainy Day 2005 Tour in 2005 which led him into touring for 8 countries.

In 2008, Rain had released his Korean album called Rainism. One of his songs in the album, Love Story, became a top hit.

But unfortunately, that song was criticized because of sexual and phallic references.

Rain came back to the acting industry in 2010, when he starred in The Fugitive: Plan B. In the same year, he also made a release of his special mini-album, Back to Basic.

Three years later, after he finished his military service in 2013, Rain signed a contract with Cube DC. He also starred in Rain Effect, a reality show which was aired on December 19, 2013.

In 2017, he then was trusted to be a mentor of The Unit, a survival show created by KBS.

One year later, in mid-summer of 2020, he made a group called SSAK3 under his stage name B.Ryong with Lee Hyori and Yoo Jae Suk.

That group released Beach Again on July 18, 2020, which got top position in Gaon Digital Chart.

He then made a release of his next EP on March 3, 2021, which includes the tracks of Why Don’t We and Switch to Me.

In 2022, Rain starred in a K-Drama called Ghost Doctor alongside Kim Bum, UEE, and Son Naeun.

Rain is undoubtedly an entertainer who never gives up on making his dream come true. He is such a perfect role model, isn’t he?