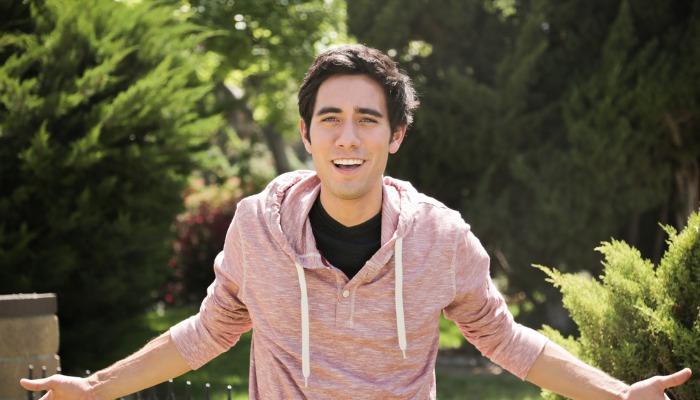 Zach King King is an American YouTube star, TikTok star, and filmmaker. His name was raised after he shared 6-second magic vines videos on YouTube.

He also shared tutorials for visual effects in software on that platform. Through his videos, he gained a lot of subscribers and fans.

Zach King began his passion for filming when he found a home video camera at the age of 7. Thus, he started making a film with her sisters.

Then, he got a computer from his grandfather and made videos for weddings for free. People started liking his videos, so he charged for his service.

During his college life, Zach started making a website and YouTube channel called FinalCutKing. There, he created video tutorials for free.

However, many people began to ask him to tutor them privately. At first, Zach taught them via Skype, but the number of people increased. Thus, he made a video training course which he sold on his website.

Zach also started appearing on Vine in 2013 and created creative videos there. He didn’t want to be left behind, so he created a TikTok account and gained millions of followers, too.

In 2016, Zach made his film debut in Zootopia as a voice-over for Muzzled Wolf.

After dating for a year and a half, Zack King married Rachel Holm. Their wedding was held in December 2014.

From their marriage, they have two sons, they are Mason King and Liam Michel King. But, there is information that the oldest son is adopted.

Zach King’s net worth is around $15 million. His main source of net worth comes from his profession as a filmmaker and animator.

But, YouTube also brings him a lot of money.

He also made money from TikTok. In a year, he could gather around $3 million in income from that platform.

Zack King was known bought a luxury home that has a home theater, 6 bedrooms, 8 bathrooms, and 2 swimming pools for $6 million.

“It has to be about a story. It needs a beginning, a middle, and an end.”

“When you don’t tackle a niche, you’re not tackling anything.”

“Marketing is telling a story that leads to an action.”

“Put yourself in front of a camera.”

1. Zach King rests at the pool

2. This YouTuber taught on Zoom during the quarantine. Did he?

3. Zach visited The Parthenon in Greece

4. He also visited Indonesia to make a short movie

5. Zach’s setting for his videos is out-of-the-box!

Zach King’s effort in making videos always draw people in amaze. Are you one of his followers on social media?