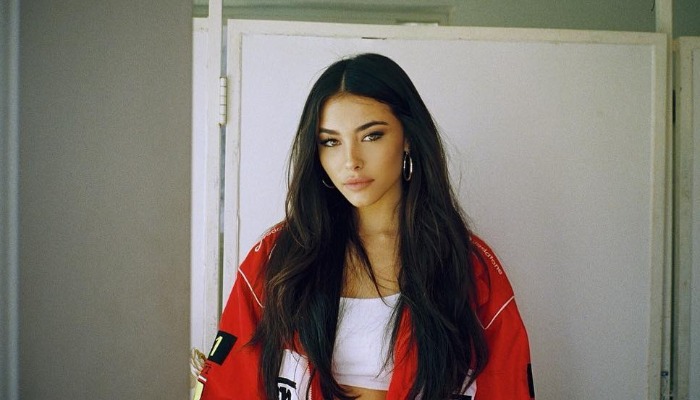 Madison Beer started getting attention when Justin Bieber mentioned her name on Twitter.

He referred to her cover titled At Last by Etta James. Then, she signed a contract with Island Records, where Bieber joined in.

Its music video featured Bieber’s performance. Her next single called Unbreakable was released in 2014.

The next year, she partnered with an American DJ Mako for I Won’t Let You Walk Away. The song reached #19 on the Dance/Mix Show Airplay.

She finally created her first album named As She Pleases in 2018. Then, Madison launched a single from her EP titled Home with You and it was ranked #21 on the Mainstream Top 40 from Billboard.

In the same year, she made her first festival performance at Lollapalooza. She was also featured on David Guetta’s song Blame It On Love in the same year.

In 2019, the singer announced that she joined Epic Records and released the single Good in Goodbye.

1. She looks gorgeous in that black swimsuit

2. This is her stunning appearance for MTV EMA 2020

4. A mirror selfie from Madison!

5. What do you think of her black dress?

It was Justin Bieber who discovered him, but Madison Beer’s talent has been amazing since day one!