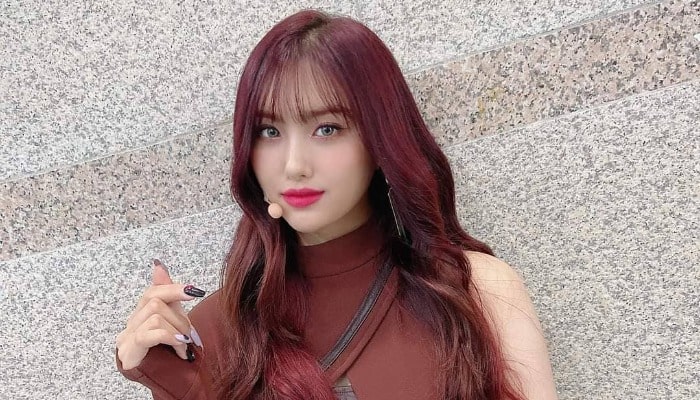 Before she got her fame, Aisha actually has done so much more hard works than everyone can think about it.

Prior to her debut alongside EVERGLOW, she became a child actress in her childhood.

Inspired by the fun feeling she enjoyed in the entertainment world, Aisha then decided to become a trainee for an entertainment agency.

At first, Aisha joined JYP Entertainment as a trainee. In that agency, she really worked very hard, successfully graduated from Hanlim, and also became a student at Night Dance Institute.

Aisha trained in JYP Entertainment for approximately 9 years. But for some reason, she finally left JYP and moved to Yuehua Entertainment as a new trainee.

After doing practice in her new agency for 2 years, Aisha eventually got her chance to become an idol. The agency announced Aisha as the sixth member of EVERGLOW on February 26, 2019.

She then made her first debut alongside the group by releasing the first EP called Arrival of Everglow, with its lead single Bon Bon Chocolate.

1. She is very good-looking

2. The hairstyle, outfit, and accessories match her really well

3. She really knows the best angle for herself

4. Her pretty is unbeatable even when she dress casually

5. She becomes a dangerous cat woman

Aisha has done a lot of training and practice before she began her fame. Not only visually attractive, but she’s a very good idol with amazing talents.