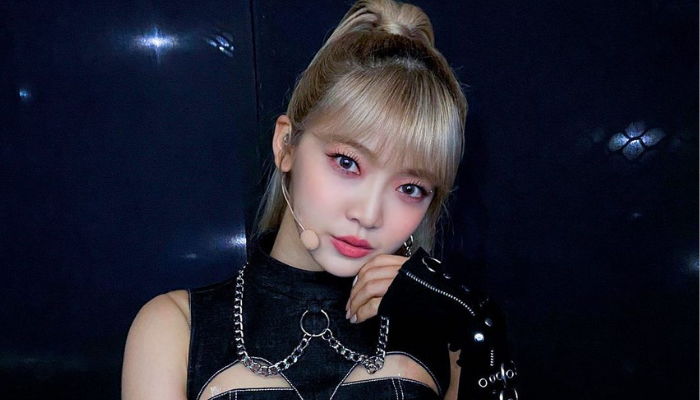 Before Onda attracted the public eye for becoming an EVERGLOW member, this K-pop fans already knew her existence 2 years before her debut.

She began her fame when she participated in the survival show called Idol School as Jo Serim in 2017.

Onda worked hard in the program, but unfortunately, she only can survive until the 4th episode. In that episode, she got 40th place, so she failed to become Fromis_9 member, the winning group.

She then left the agency and decided to move to Yuehua Entertainment. In that agency, she became a trainee.

After doing some training, Onda then officially became a member of the new girl group, EVERGLOW.

She was introduced as the third member of the group, and also as ‘4D Charm Girl’, to began her debut alongside EVERGLOW.

1. Her smiley expression is the most attractive thing

3. Her visual is no joke

4. We love her hairstyle so much

5. Her wink is enchanting

Onda’s charm and amazing talents are unbeatable. Even though she got lots of up and down, she never gets tired and gives up. That’s why her fans really proud of her hard work.