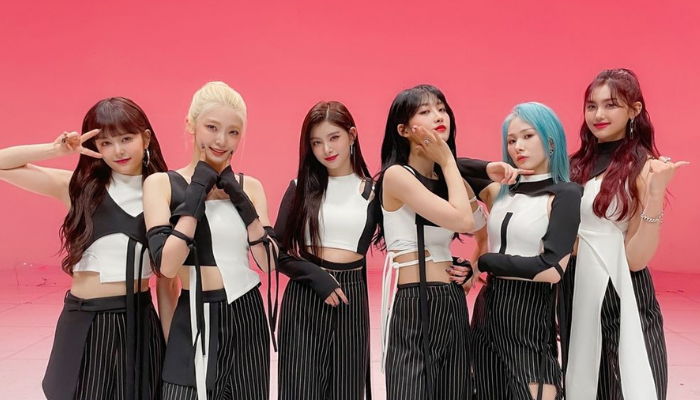 EVERGLOW members are some of the most strong female K-pop idols these days. This group are six members: Sihyeon, E:U, Mia, Onda, Aisha and Yiren.

Majority of them had been being a contestant for some survival shows, such as Produce 101, Produce 48, and also Idol School.

The agency, Yuehua Entertainment, then made a big announcement on February 17, 2019, about their next project to present a new K-pop girl group for the public.

The new girl group called EVERGLOW and Yuehua announced the members one by one through the YouTube series called Crank in Film.

The name ‘EVERGLOW’ itself is a short representation of ‘always being a glowing group’ to show their strong energy, will, and potential as the new group.

After a long wait, finally the group debuted on March 18, 2019, by releasing the first EP called Arrival of Everglow with Bon Bon Chocolat as their lead track.

Their first performance was M Countdown on March 21, 2019. Shortly after their debut, they got 6th place in Gaon Album Chart for Arrival of Everglow.

EVERGLOW then continued to release some single albums, such as Hush in August 2019. This single album has Adios as their top hits.

Their achievement continued by winning the award on The Show in September 2019.

Not only being badass in their appearance for show performance and music video, but EVERGLOW also being a badass to reach their dream goal.

Their visual, their amazing skills, their personality, everything blends so perfectly. Nice work, EVERGLOW!