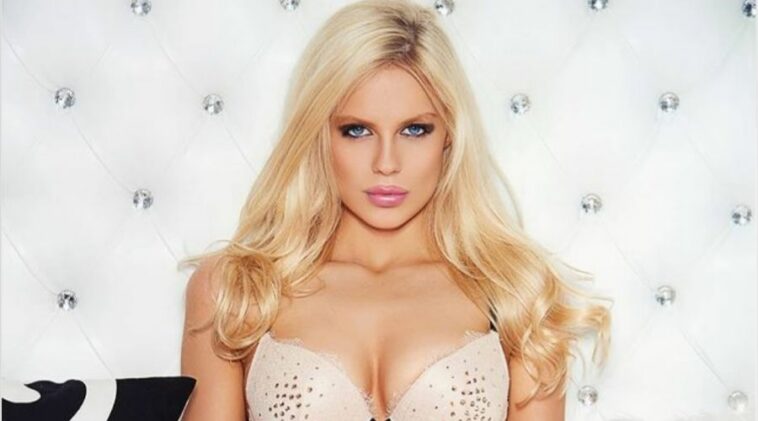 Before Amber Sienna received popularity in her modeling and acting career, she fell in love with modeling many years before she landed a job in those fields.

During her teenage years, this Aries model and actress started her career by applying some modeling portfolios to various lingerie and bikini brands.

After working hard and trying modeling for so long, slowly, Amber gained more recognition from the public because of her amazing skill and beautiful visuals.

Later, she realized that she might have to expand her career to something bigger.

Coming from her decision, Amber then joined Playboy Enterprises, Inc. and finally became the iconic Playboy Bunny Croupier in 2011.

She directly began to be famous when she was awarded with that ‘Playboy Bunny Girl’, which made her become pretty popular on the internet.

Four years later, in 2015, Amber was trusted to appear in a TV series, I Live with Models, followed by her cameo appearance in Pan (2015).

Later, Amber then acted again in 2018, when she played in My Dinner with Hervé.

Three years later, in 2021, she became more popular after appearing in two movies, Venom: Let There Be Carnage and The First Saga F9.

In 2022, Amber continued her acting career by acting in The Batman.

Even though Amber Sienna has just begun her popularity, she is undoubtedly a hard-working person. Keep up the good work!