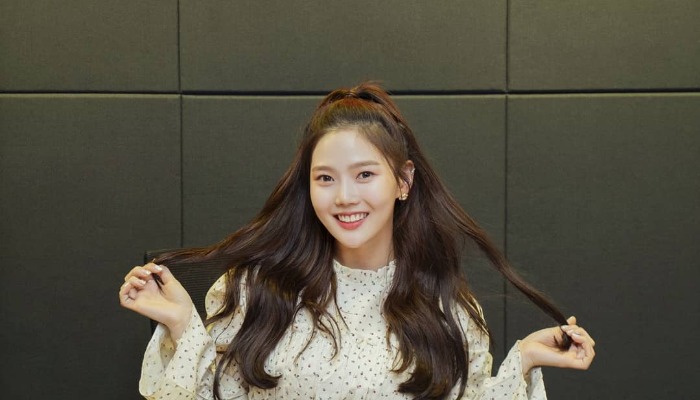 Before her name being well-recognized with her amazing vocals, Hyojung experienced so many events in her previous life. Even though she’s very shining, the previous life isn’t that easy.

She started her dream to be a K-pop idol when she entered Soul Shop Entertainment as a trainee when she was just a teenager.

Hyojung then did a lot of works as a trainee there for some years. But, she said that there are some harsh comments about her body weight and face.

After doing a strict diet to lose her weight, Hyojung then left the agency and did an audition for another agency, WM Entertainment.

Fortunately, she passed the audition and became a trainee there. Hyojung became a WM Entertainment trainee for approximately 6 months.

She then successfully made her first debut alongside OH MY GIRL on April 20, 2015. She debuted with the group by releasing the first EP called Cupid.

1. Our sweet girl is really good-looking

2. She is really lovely with the white dress

3. We can’t handle her pretty anymore

5. Our cutie pie with her casual outfits

Hyojung isn’t just a good leader, but she is a very hardworking person. She is also undeniably beautiful, from inside and outside.