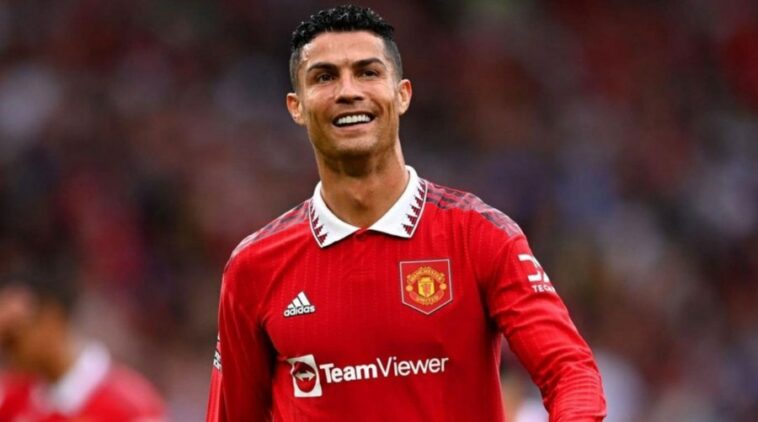 Cristiano Ronaldo showed his interest in football even when he was a kid. When he was a kid, rather than studying, he was more interested in accompanying his father to Andorinha Football club in Funchal.

He grew up attached to football, rather than studying and doing his homework. When he was eight, his parents signed him up to Andorinha Football Academy.

After spending two years at Andorinha Academy, he takes a trial at Nacional, another academy on the Island of Madeira.

He showed his skill and improvement by winning trophies for his team. At the age of 12, he made the big decision to leave Madeira for Lisbon.

He went on to take a three day trial with Sporting CP, who ended up signing him after he passed the trial. In order to focus on his football, he dropped out of school at the age of 14 because he didn’t want a mixed education with football.

At the age of 16, he got offered by Sporting CP to make his debut with the senior squad and he debuted as a professional footballer in 2002.

In the same year, he got signed with Manchester United where he was able not only to improve his skills but also prove that he is one of the best footballers in the world.

After spending some time with Manchester United, he transferred to Real Madrid in the 2009-10 season where he broke a world record transfer fee at that time.

At Real Madrid, he consecutively win Ballon d’Or and scored 452 in 438 matches. But unfortunately, there’s a fallout in Real Madrid that has made him feel he no longer can stay in the club.

In 2018, he transferred to Juventus and spent three years in the club before coming back to his old club, Manchester United in 2021.

Not only did he bring his club to won trophies, he also brought his nation to won trophies. He made his international debut by representing Portugal in 2003 when he was 18.

Since then, he has made appearances in eight major tournaments including scoring in the same tournament. He also lead Portugal to won Euro 2016.

“I think sometimes the best training is to rest.”

“In football, I don’t have a lot of friends. The people who I really trust, there are not many… Most of the time, I’m alone.”

“People have to understand one thing: at the age of 18, I arrived at a dream club like Manchester United. It was a dream come true. But, even at that moment, I was thinking about playing in England for some years and then going to play in Spain. Even at that time I was thinking that way, and I always gave 100% everything.”

“I still learn, but I think it’s the best thing in life to have a kid.”

“I know I’m a good professional, I know that no one’s harder on me than myself and that’s never going to change, under any circumstances.”

“We cannot live being obsessed with what other people think about us. It’s impossible to live like that. Not even God managed to please the entire world.”

“I don’t have to show anything to anyone. There is nothing to prove.”

“Many people look at me and think they know me but they don’t at all. This is the real me. I am a humble person, a feeling person. A person who cares about others, who wants to help others.”

“My father always taught me that when you help other people, then God will give you double. And that’s what has really happened to me. When I have helped other people who are in need, God has helped me more.”

“Talent without working hard is nothing.”

Growing up in poverty didn’t hinder him from showing his best when it comes to football. Cristiano Ronaldo rise to become one of the best footballers who scored more than 800 goals throughout his career.