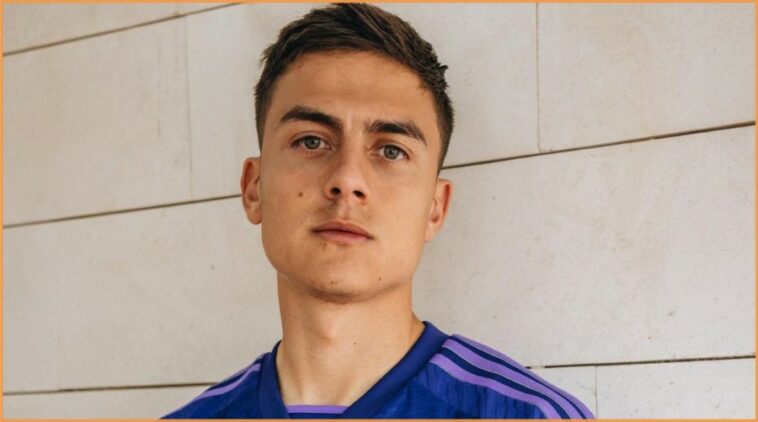 Born to fulfill the prophecy, Paulo Dybala began his journey in football when he was 10. At that time, he joined local club the Instituto de Córdoba.

He makes his senior debut when he was 17 by joining his hometown club, Instituto Atlético Central Córdoba.

He was the youngest player to score a goal and overpowered Mario Kempes’ record. He gained attention from Italian club Palermo when they finally contacted him in 2012.

He stayed with Palermo for 3 years and helped the club win Serie B in 2013-2014. Taking advantage of his record, he signed with Juventus in 2015 for five year deal.

After finishing his contract deal with Juventus, in 2022, he joined AS Roma for a three year contract and making his debut with the club in July.

He also takes part to represent Argentina besides his hold Italia and Polish nationality. He makes his senior international debut in 2015 in the 2018 FIFA World Cup qualifiers against Paraguay.

“I don’t speak English or French, but that doesn’t mean anything.”

“One penalty miss doesn’t change anything.”

“I made a really good start to my career, and there was a lot of speculation about where I’d end up going. Like I did then, I’m just trying to take this all in my stride and keep my feet on the ground.”

“I learned how to defend the ball with my body and to be faster than my opponents.”

“Playing for Juventus is something you dream about when you’re a kid.”

“You learn more from the negative things.”

“If you want to improve, you have to set high targets.”

“God gives us a gift, but then that gift has to be worked.”

“If I get annoyed because I’m not in the headlines and don’t do well in training, I won’t do well if I have to go in. I’ve to be prepared because the World Cup isn’t easy.”

“It is a burden that people have expectations about me.”

“It’s really great that people are talking so much about me because it means that I’m doing things right.”

Because he loses his father who supports his dream, he almost gives up the dream he pursued since a kid. But, thankfully that he decided to come back into football so he could keep training his skills.