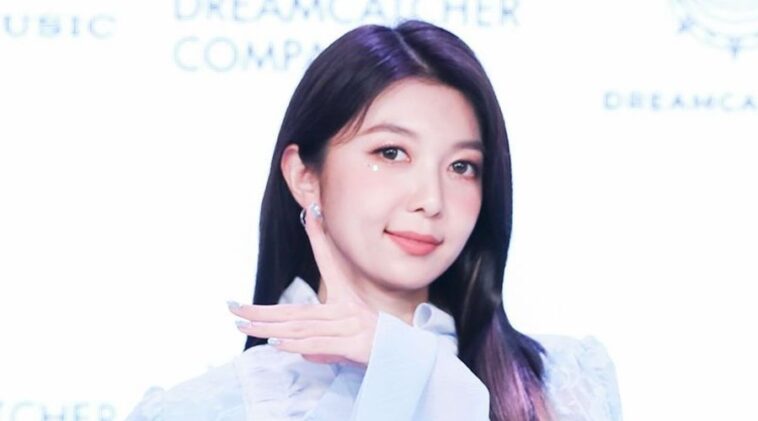 Dami started her career in the K-entertainment industry when she entered the reality show called Departure Dream Team held by KBS 2TV in 2009.

She then tried to join The God of Music held by Mnet in 2012.

Two years later, Dami then made her first debut as a K-Pop idol with MINX, her former girl group. She debuted on 18th September 2014 and released Why Did You Come to My Home?.

Dami then made her second debut as a K-Pop idol when she released Nightmare, their debut single album on 13th January 2017.

In the same year, she, Siyeon, Yoohyeon, and JiU joined MIXNINE, the reality show held by YG Entertainment and Mnet. But they left the show directly because of the schedule.

In 2020, she started to venture her wings into some solo projects, such as did a collaboration single with Byeong Min and Woo Jin Young titled Not a Dream.

1. Our most wanted Santa is coming for Christmas

2. So grunge but we love it

3. Such a perfect outfit for her

5. How elegant she is

Dami might dazzle our view by being the best main rapper, but she’s literally something else. She is a very talented and also a charming idol. Keep up the good work, Dami!