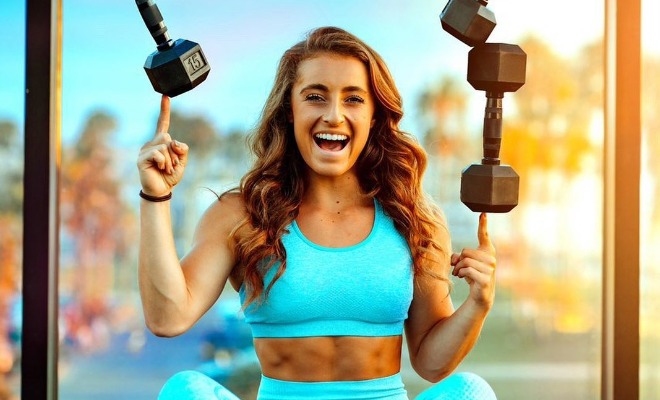 Soccer is Demi Bagby first sport. He did it because her father coached and her brothers played. When she was in sixth grade, she told her family to join a cheerleading squad.

At that time, her friends were already in the intermediate level, while she was in the beginner. Thus, the teenage girl signed up for a private class.

Within only a few months, Bagby progressed to the highest level. She then quit cheerleading because she was injured badly when she was thrown into the airdropped.

Many doctors diagnosed that Bagby would never walk again. She took a year of recovering and started over.

After recovering, Bagby joined CrossFit at the age of 14. Since then, she has tried many things from parkour, gymnastics, to board sports. She proved all doctors wrong.

She was featured in Men’s Health magazine in December 2019. In January 2020, she released an app called DemiBagbyFit.

Throughout her career, the athlete has collaborated with basketball player Criss Jackson and boxer Ryan Garcia.

4. The athlete is beautiful in that red dress

Despite the horrific injury, Demi Bagby didn’t let it stop her from manifesting her dreams on sports.