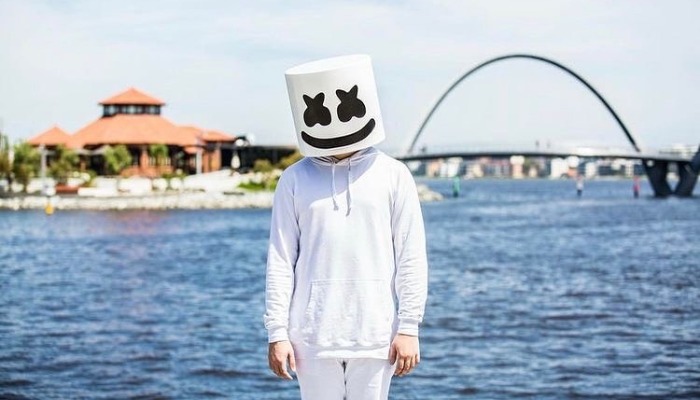 Marshmello started his career by uploading songs on SoundCloud. He then held performances in Miami, California, and New York with other artists.

He launched his debut album titled Joytime in 2016. Keep It Mello, one of his singles, got gold certification from the Recording Industry Association of America (RIAA).

Next, he joined the Canadian record label and released a single named Alone in 2016. The song led him to get a nomination from WDM Radio Awards for Best Trending Track and Best New Talent.

He gradually boosted his career as a DJ. Marshmello collaborated with other popular singers, such as Selena Gomez for Wolves in 2018 and Khalid on Silence in 2017.

His song with Gomez received platinum certification from many countries, such as New Zealand, France, and the US.

His works went on reaching top rank in many charts. The single Friends with Anne-Marie peaked at number eleven on Hot 100.

Moreover, Happier in 2018 was at the top chart of Dance/Electronic Songs for 69 weeks.

2. What do you think of this all-black one?

3. He is looking at his own reflection

4. Who are you calling, Marshmello?

In spite of his anonymous identity, Marshemello gains huge recognition for his musical talent. The element of mystery of his identity makes people more curious about him.