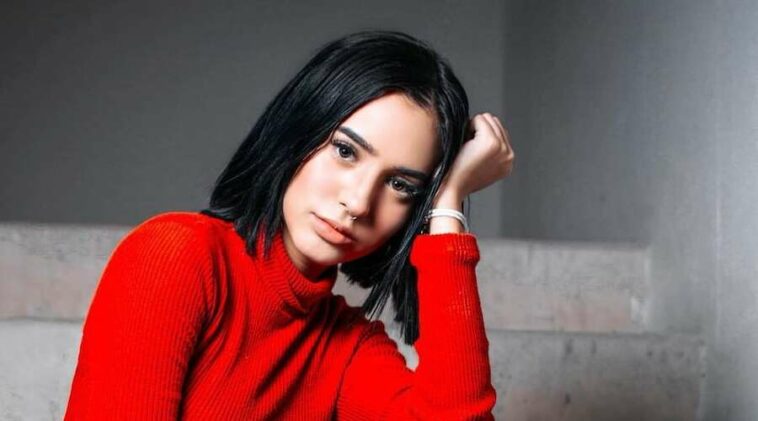 Domelipa, who has the real name Dominik Elizabeth Resendez Robledo, is a Mexican TikTok star and YouTube star.

Her name became famous when she started to share lip-sync videos and choreography on TikTok.

Domelipa became famous on TikTok mainly because of the choreography, lifestyle, and lip-syncing videos she posted frequently.

Since she first joined social media in 2018, her TikTok account has gained a huge following and has reached millions of followers.

In addition to TikTok, she is also active on other social media platforms. She launched her Instagram account in 2015, posting information about how she learned a few tricks.

Since then, her Instagram account has accumulated millions of followers, too. It helped secure her position as one of the most popular Internet personalities in the world.

Because of her popularity, she was often asked to work and collaborate with many major brands including Nike, EOS, Invictus, Pandora, and Tommy Jeans.

Besides that, she has also opened an online shop called Domelipa Shop, where she sells her merchandise including hoodies, T-shirts, and sweatpants.

There is a rumor that Domelipa dated Ílika Cruz. But there is not much information about their relationship.

In 2020, she reported dating Kevlex Pazmiño. They often shared their photos on their Instagram account each other. But, their relationship was known ended.

Then, in the same year, Domelipa reported having a relationship with Rodrigo Contreras. They dated for 4 months and then separated.

She also had a relationship with Ralf Morales, who is a fellow TikTok star.

There was not much information about their relationship, it was not known when they started to date dan broke up as well.

Domelipa’s net worth is around $5 million. Her main source of net worth comes from YouTube.

According to Socialblade, she could gather around $2.3K – $36.2K per month from her YouTube channel.

“I wanted a nice picture in a nice place”

“A couple more flights and home “

“Nice picture with a nice one”

Domelipa is one of the most followed TikTok stars to ever exist. Her content and videos never cease to amuse the audience and make their day better than ever.