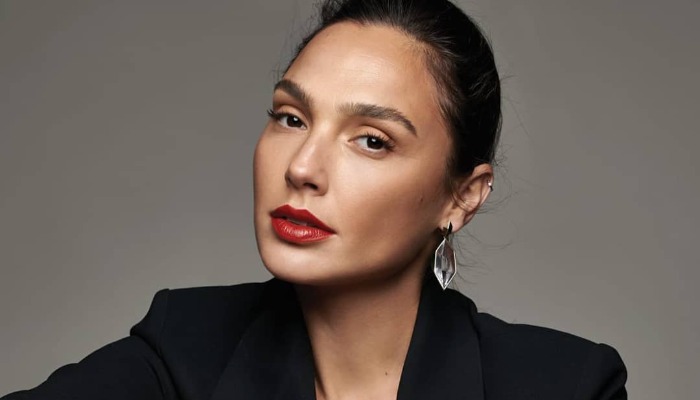 Gal Gadot was not starting her career in acting. She joined the Miss Israel beauty pageant in 2004 and participated in the Miss Universe in the same year.

She became the cover girl of famous magazines like Glamour and Cosmopolitan, also worked with high-end brands such as Gucci and Jaguar.

Her acting career began when a casting director auditioned her as a Bond girl in Quantum of Solace.

Although she wasn’t accepted, she got a role in an Israeli drama titled Bubot. After that, she was called again by the casting director to play Gisele Yashar in Fast &Furious.

In 2016, she took a role in Batman v Superman: Dawn of Justice as the Wonder Woman.

In the same year, she played thriller movies Triple 9 with Kate Winslet and Criminal with Ryan Reynolds. The next year, she had her solo movie, Wonder Woman.

2. Look at her glowing skin and sharp jaw!

4. She looks sexy and cool at the same time

5. This stunning eyeshadow she wears is from Revlon

Gal Gadot has complete features. She is a talented actress, authentically beautiful, and a great mom!