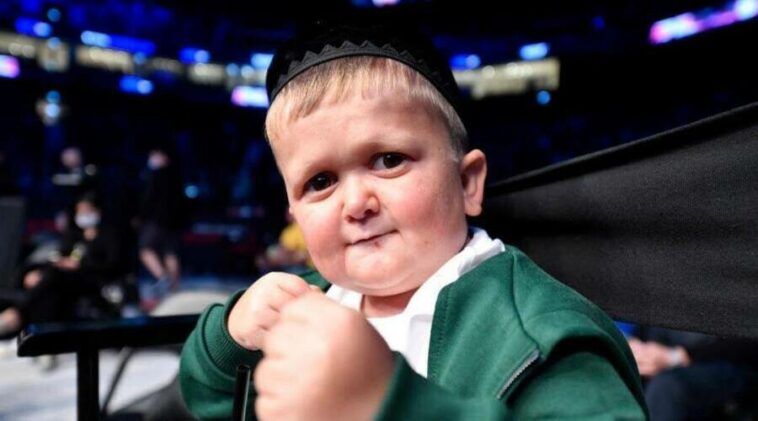 Hasbulla Magomedov has taken the internet by storm throughout recent years, piling up huge numbers of views across his Instagram posts.

Renowned for his interests in fast cars and mixed martial arts, he has amassed a lot of fans and followers on Instagram and has had the MMA world yakking from that point forward.

Besides that, he is also known for having a genetic disorder in the form of dwarfism that makes him look like a kid and his voice sounds high-pitched.

In any case, he is not a common social media sensation. His popularity picked up when he got down on the likes of mixed martial artists Conor McGregor and Khabib Nurmagomedov.

In 2021, he created another sensation on social media by doing a pre-fight press conference against his most despised rival and singer Abdu Rozik.

To be fair, during his early social media days, which is in late 2020, he already showcased his hot-headed nature, prior to showing his interest in mixed martial arts.

“When people try to insult me, I’m quick to clap back and then it’s beef.”

“I want to punish Conor McGregor. He talks too much.”

“Life, on the one hand, has become better, and on the other, it has become more complex.”

“Conor McGregor is not my opponent, he can just talk. He’s not like a fighter for me, I don’t respect him as a fighter. And if I meet him I will cause some problems for him.”

“I could not care less about Ronaldo. I am more famous than him. The only thing he does in a match is pass around the ball.”

“I just like to do my thing; on a normal day, I like to walk in the streets with my friends and socialise with people. I like driving my cars, having fun and always working hard.”

“I think people can see I’ve worked hard to create a life for myself that I’m proud of, and I’m very grateful for my fans, and I support them too.”

“I want to become Minister of Internal Affairs for Dagestan. First I’ll find my haters and make them panic. I’ll slow down the speed limit within the city, but increase it on the highway. All the speed cameras are coming down.”

“People are always complaining about things in life, but I try to enjoy every day and do the things I love. You really have to stay positive.”

“Sometimes I really get tired because there are lots of people who want to communicate with me. I just wan to go to Dubai.”

“When I carry the blade, people keep their mouth shut. Now I have my brothers with me. Better than a knife.”

“When I’m in Dubai, his home, Abdu Rozik is nowhere to be found. But when I go back to Dagestan he starts talking that talk. And when we actually square up in person, he freezes. He literally can’t move. But next time I see him, it’s on sight.”

Hasbulla Magomedov always knows how to create a buzz throughout his career as an Internet celebrity. Fans all over the world cannot seem to have enough of him.