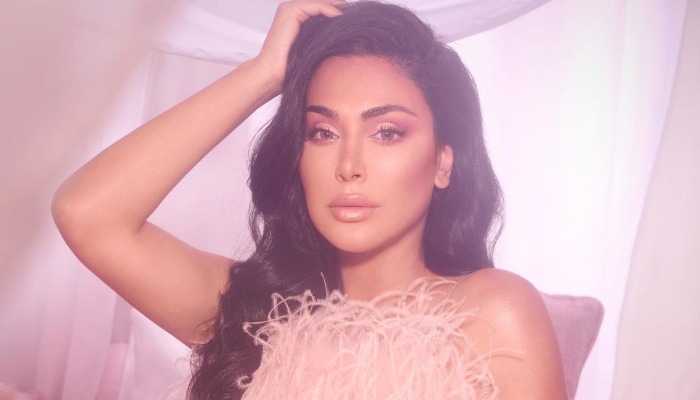 Huda Kattan began his career by being employed by a famous makeup brand, Revlon. Then, in 2010 she started a blog called Huda Beauty.

There, she posted makeup tips and tutorials. In the beginning, she did not make money at all. Yet, she gradually attained fame due to her viral beauty hacks and resemblance to the Kardashians.

Her first product was fake eyelashes. She created this product because, at first, she had difficulties in finding a perfect one for herself.

Her label got more successful because it was worn by the famous media personality, Kim Kardashian.

After that, she produced other makeup products such as liquid lipsticks, eye shadow palettes, concealers, and even foundations.

This businesswoman also made beauty tutorials on YouTube and got millions of followers.

Due to her huge popularity, she was included as a top beauty influencer worldwide in famous magazines including Time and Forbes. In 2020, she became the cover of Vogue Arabia.

1. This high ponytail looks so great on her

2. Huda in a bathtub, but make it fashionable!

3. Who believes that she is over 30? Her spirit is young!

5. She looks stunning with that soft-pink dress

Even Huda Kattan is already famous, she is still well-grounded and kind to her followers.