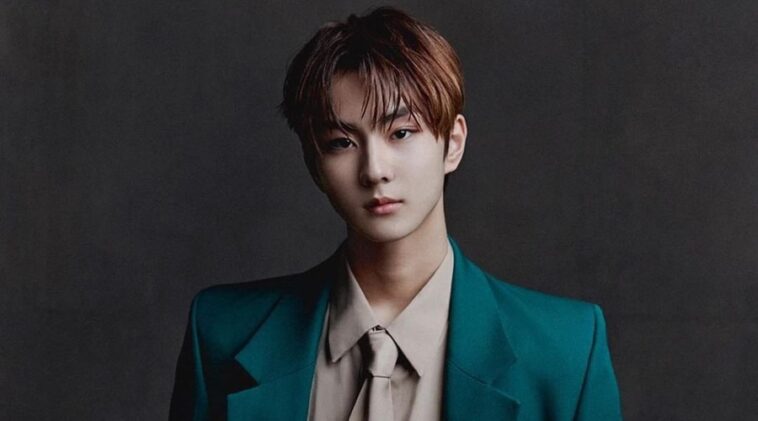 Jungwon always has great interest in music. He decided to pursue a career in the music industry by joining an agency. He trained there for quite some times.

One of his friends also has the same dream as him. But this friend is a trainee under BigHit Entertainment. One day, the friend decided to show Jungwon’s pictures to the agency staff.

They liked what they see and invited this Aquarius man to audition. He managed to pass and officially became BigHit’s trainee around 2019.

Under the new agency, he would train for about a year and four months.

In 2020, Jungwon got to participate in a survival competition series I-Land. He was one of the 23 contestants who are fighting for a spot in a new boy group.

Only seven would be part of the final line-up, with six voted by the public and one picked by the producers.

During the show airtime in June to September 2020, Jungwon quickly became one of the crowd’s favorite. His charm and talent managed to win so many people’s hearts.

The man from Seoul came out the show placing first through the public votes. He became part of ENHYPEN and trusted to be their leader.

In November 2020, Jungwon made his debut with the group. They released an EP Border: Day One and a lead single Given-Taken.

Following their successful debut, ENHYPEN went on to release their next EP Border: Carnival in March 2021.

They also had a Japanese debut with Border: Hakanai released in July 2021. One of the songs Forget Me Not served as the opening song for the anime Re-Main.

1. Jungwon has a really sweet face

2. He can pull of any styles

4. Blue is definitely his color

Jungwon has worked very hard over the years to get where he is. He is a very reliable leader of ENHYPEN and definitely a talented artist.