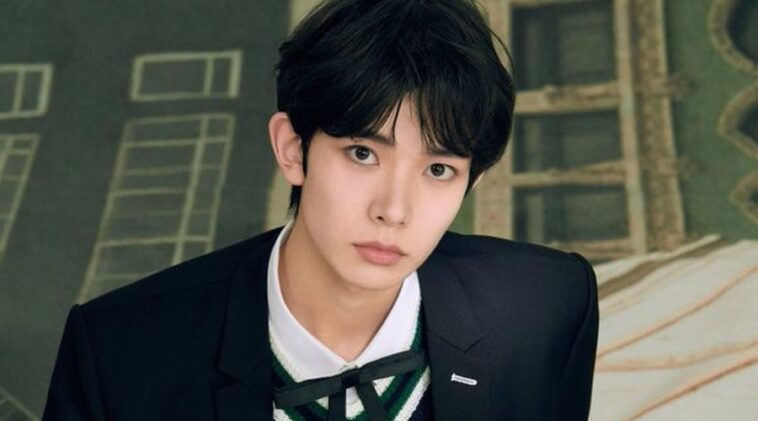 Heeseung has loved singing ever since he was young. At just six years old, he began to dream of becoming a singer. He decided to pursue this dream and joined BigHit Entertainment around 2017.

This young man had to endure quite a long period of training. He was a trainee for three years and one month.

During this time, he trained in rap, vocal, and also dance. There were time when Heeseung feel dejected as he saw his fellow trainees starting to debut.

This talented artist finally had the chance to show off his skills in the 2020 survival competition series I-Land. In this show, 23 male trainees were competing for a chance to debut.

But only seven of them would have their debut as a group. The public would vote for six members to be in the final line-up, while the other one would be picked by the producers.

During the run of the show in June-September 2020, Heeseung often caught the attention of the producers and the general public.

He was known for his incredible dance and vocal. This singer even managed to get the highest score of 93 for his performance of Fake Love.

His amazing display of talents led him to become one of the members of ENHYPEN. He got in through the public vote, in which he placed fifth.

Heeseung made his debut with the group on November 2020. They released an EP titled Border: Day One along with the lead single Given-Taken.

After their successful debut, ENHYPEN went on to release their next EP Border: Carnival in March 2021.

They also had a Japanese debut with Border: Hakanai released in July 2021. One of the songs Forget Me Not served as the opening song for the anime Re-Main.

2. What a fun photo-shoot

3. Love his softer looks as well

4. You can really appreciate his flawless face here

Heeseung has to endure a long period of training. But he never gave up and managed to become a successful artist with ENHYPEN.