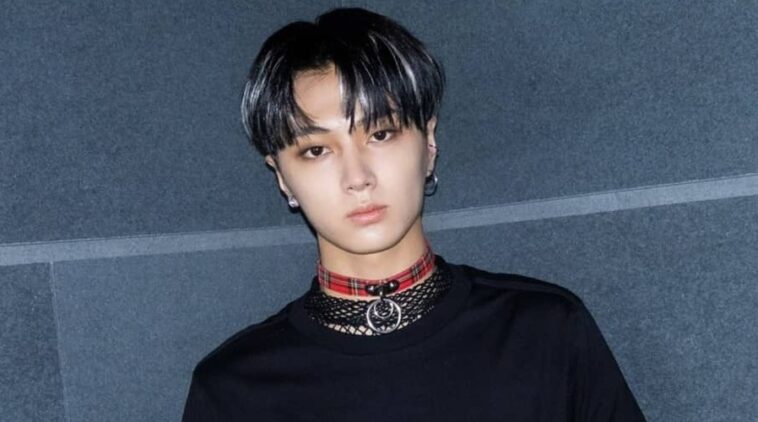 As a kid, Jay didn’t really know what he wants to be. He liked spending his time listening to music and watching performances.

This inspired him to be an idol. To prepare for it, he even attended LP Dance Academy.

Around 2017, This Taurus man joined BigHit Entertainment. He trained for about two years and eleven months. Then he got a chance to join a survival competition series I-Land.

In the show, Jay had to compete with 22 other male trainees for a spot in a new group. Only seven of them would be on the final line-up.

The public would vote for six members while the producers had a picked for one of them.

The man born in 2002 had quite emotional and sometimes humiliating moments, especially in episode two.

He was even known for the R.A.S (Resentment, Anger, Shame) moment. But Jay kept on going and managed to win the audience’s heart with his spirit and attitude.

In the end, the man from Seattle, US successfully became part of the newly formed group ENHYPEN. He got in through the public votes, placing him in the second position.

The group made their debut in November 2020. They released their first EP titled Border: Day One and a lead single Given-Taken.

The EP got to number two on Gaon Album Chart and the Japanese Oricon Albums Chart.

With ENHYPEN, Jay would release several more EPs. They followed up their debut with Border: Carnival in March 2021.

They also released a Japanese EP titled Border: Hakanai in July 2021. One of the songs Forget Me Not became an opening song for the anime Re-Main.

2. He can also be super sweet in softer colors

3. He looks great in everything

Jay has come across many difficulties throughout his career. But he kept on going and faced those challenges heads on. His spirit is one of his key to success.