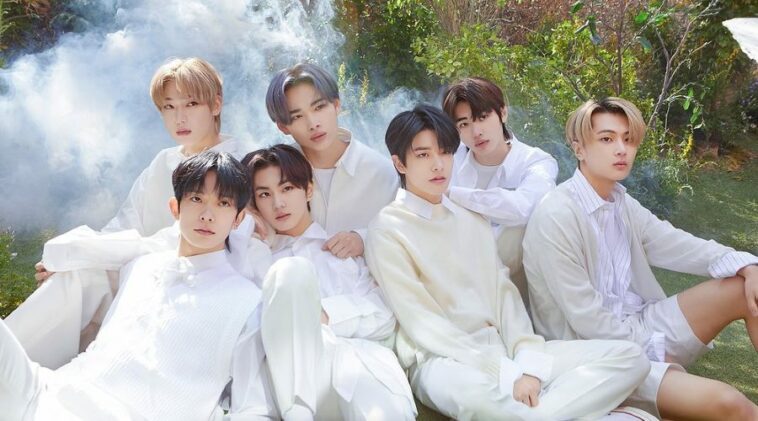 In 2019, Hybe Corporation and CJ ENM co-founded BE:LIFT Lab. With the creation of the new company, they planned to introduce a new boy group.

This group would be formed through a survival competition show. To prepare for it, BE:LIFT held auditions in various countries.

The survival show called I-Land aired from June to September 2020 on Mnet.

The show had 23 male trainees participating in it, with some coming from auditions and others transferred from BigHit Music. They were competing for a chance to debut with a group.

Out of all the contestants, only seven would be on the final line-up of the group. The public would vote for the top six positions, while the producers would have the final pick for the last member.

At the end of the show, Jungwon, Jay, Heeseung, Jake, Sunghoon, Ni-ki, and Sunoo were picked to debut as a group. This group is named ENHYPEN.

The name ENHYPEN comes from the symbol Hypen (-). Like the symbol which connects different words to discover new meaning, ENHYPEN hopes to connect, discover, and also grow together to create new act.

The group made their debut in November 2020. They released EP Border: Day One with the lead single Given-Taken.

Following their successful debut, ENHYPEN released their next EP Border: Carnival in March 2021. They also had their Japanese debut with Border: Hakanai in July 2021.

One of the album tracks titled Forget Me Not served as the opening song for the anime Re-Main.

ENHYPEN has continued to prove how talented and amazing they are with each new release. It will be really interesting to see how big they’ve become in a few years.