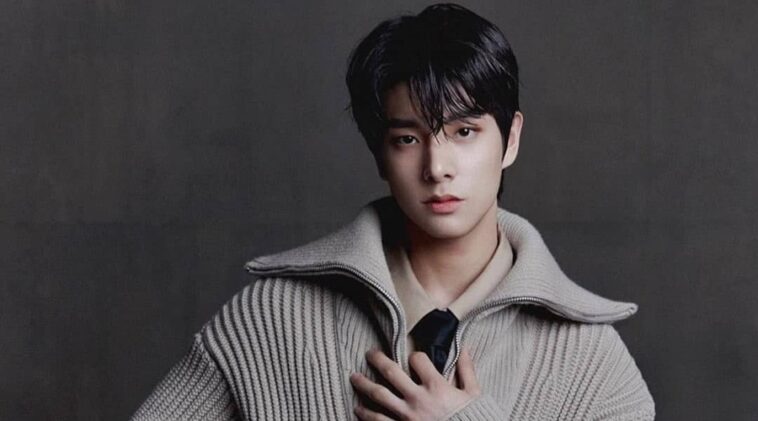 Growing up, Jake always loves performing in front of people and showing off his talents. That’s why he used to play football and also participated in school orchestra.

But he only started thinking of becoming an idol in 2017. This Scorpio man was inspired by BTS performance of DNA at the American Music Awards.

Jake decided to move from Australia to South Korea and attended BigHit Entertainment audition. He managed to pass and trained under the agency for around nine months.

Despite only having short amount of training, this singer was trusted to participate in the 2020 survival competition series I-Land.

He was one of the 23 contestants competing for a chance to debut in a group.

At the beginning of the show, Jake didn’t immediately stand out. But he had great improvement week by week and managed to reach the top.

He even helped other contestants with their dance for the final test. This really helped with his confidence.

At the end of the show, the man born in 2002 ended up with third most votes. This means, he had successfully became part of the new group ENHYPEN.

With six other members, Jake made his debut in November 2020. They released an EP titled Border: Day One and a lead single Given-Taken.

The EP peaked at number two on Gaon Album Chart and the Japanese Oricon Albums Chart.

ENHYPEN would continue on their successful debut with more releases. In March 2021, they release the EP Border: Carnival.

After that, they had their Japanese debut by releasing Border: Hakanai in July 2021. One of the tracks Forget Me Not became an opening song for the anime Re-Main.

3. His face is so intense and gorgeous

4. He looks so adorable playing the guitar

5. Jake can look good even in simple hoodie

Jake dared to take a risk in order to reach his dream as an artist. He never let his short amount of training be a problem to him. Jake will definitely continue to grow with ENHYPEN.