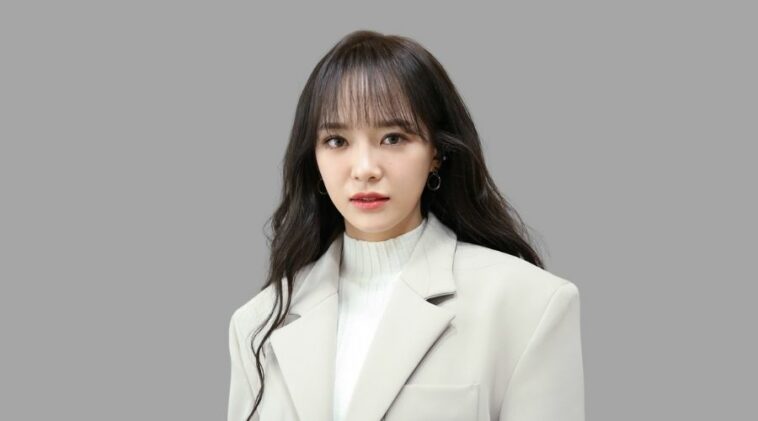 Kim Se Jeong started her career when she decided to join K-Pop Star 2, a vocal competition, in 2012 at her 16 years old.

Unfortunately, she didn’t pass the second round audition, so she was eliminated from that show.

Three years later, in 2015, this Virgo Korean celebrity then joined Jellyfish Entertainment as her agency and began her training there.

In 2016, she, alongside Mina and Nayoung, joined Produce 101 as a representative contestant from Jellyfish.

After receiving a lot of support and achievements there, Kim Se Jeong finally made her debut with the winning group, IOI, alongside Mina, on May 4, 2016, by releasing Dream Girls.

But unfortunately, she didn’t take the IOI’s unit promotion at that time.

Instead, she did a promotion with her agency by debuting as a member of Gugudan on June 28, 2016, and released a single Wonderland.

IOI disbanded in 2017 and the members went back to their agencies to continue their careers, meanwhile, Sejeong kept establishing her solo career and Gugudan promotion.

During that year, Sejeong made a release of her single, If Only, as an OST of The Legend of the Blue Sea. She also released I Like You, I Don’t feature Block B’s Lee Tae Il.

Sejeong also gained her popularity in that year, by starring a drama School 2017 alongside Kim Jung Hyun and took a participation in the Law of the Jungle in Sumatra.

In 2018, she continued to release another OST single of hers, Lover, an OST of Mr. Sunshine.

That career then was followed by her appearing as the main actress for I Wanna Hear Your Song in 2019, where she won the 2019 KBS Drama Awards for that role.

Sejeong continued to star in the drama The Uncanny Counter in 2020 as Do Hana, a drama that was inspired by webtoon.

In that year, her group, Gugudan, also disbanded, but Sejeong kept renewing her contract with Jellyfish in 2021 as an actress and soloist.

And finally, in 2022, she comes back again to star in another Korean drama, Business Proposal, alongside popular actor Ahn Hyo Seop.

As an entertainer, Kim Se Jeong always does her best to be the best Korean performer in the industry.

She never gives up to reach her dream and that’s why her fans love and support her so much.