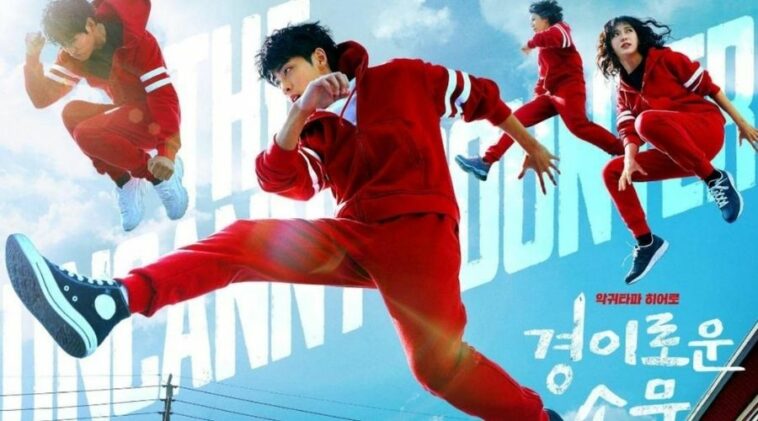 This drama originally is an adaptation from a webtoon called Kyeongirowoon Somoon, a webcomic that was written by Jang Yi.

The Uncanny Counter‘s cast started the reading process in June 2020.

The main actor, Jo Byung Gyu had starred in The Sensible Life of Director Shin (2017) and Dokgo Rewind (2018).

The Uncanny Counter was aired every Saturday and Sunday at 22:30 KST and replaced the previous OCN drama, Search.

Synopsis of The Uncanny Counter

This drama tells a story about the Counter team which has the aim to do a hunt for evil spirits.

Every person in that team has a special ability but makes a camouflage to hide their status by getting a job at a noodle restaurant.

So Mun is a student in high school and the youngest person in the group. He owns physical strength as his ability.

Ga Mo Tak initially worked as a police officer and had lost his memory because of the accident that happened seven years ago.

Do Ha Na’s special abilities are she could read memory by touching people and can sense some evil spirits from afar.

Chu Mae Ok is the Counter’s anchor and works as a chef. Meanwhile, Choi Jang Mool (Ahn Suk Hwan) is the first one who becomes Counter in Korea.

Jo Byeong Gyu as So Mun

The newest and youngest member of the Counter team. He is a high school student and just reached his 18 years old era.

He maintains his physical strength as his special ability. Besides, he is also a very talented artist.

The cooking assistant at the noodle restaurant. He had lost his memory several years ago because of an accident.

Kim Sejeong as Do Ha Na

She works as a server at a noodle restaurant. She can read someone’s memory when she touches them and can sense the existence of an evil spirit from afar.

She works as a chef at a noodle restaurant. Initially, she owns a photography studio and later joined Counters after she gets healing ability.

Trailer of The Uncanny Counter