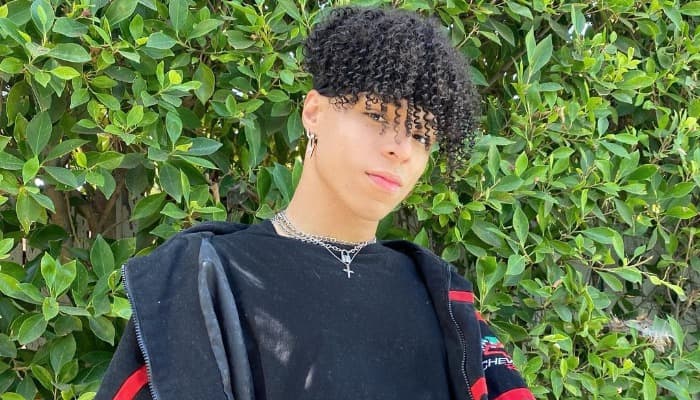 Larray created his YouTube channel in August 2011. His initial video is about Larry’s night routine.

He continued uploading makeup tutorials, challenges, reactions, and vlogs. This YouTuber has unique editing skills and comedy, so no wonder he got many subscribers in no time.

In January 2020, Larri became a member of The Hype House. At that time, he had more than 5 million subscribers and around 7 million followers on TikTok.

In 2018, he released his debut single titled First Place. It was followed by Last Place in 2019. In the same year, Larray got a nomination from Streamy Awards for Breakout Creator.

In 2020, he released three singles named Latina, Thanos, and Canceled. His singles peaked at the Billboard’s Comedy Digital Tracks.

In 2020, he won Streamy Awards for the Lifestyle category and was nominated for two other nominations: First Person and Creator of the Year.

1. He wears an overall white outfit

2. Larray poses with one of his cars

3. The pastel pink outfit looks cute on him

5. A selfie from Larray!

Larray is a funny and talented YouTuber. He doesn’t only create generic videos, but he put his effort to entertain people.