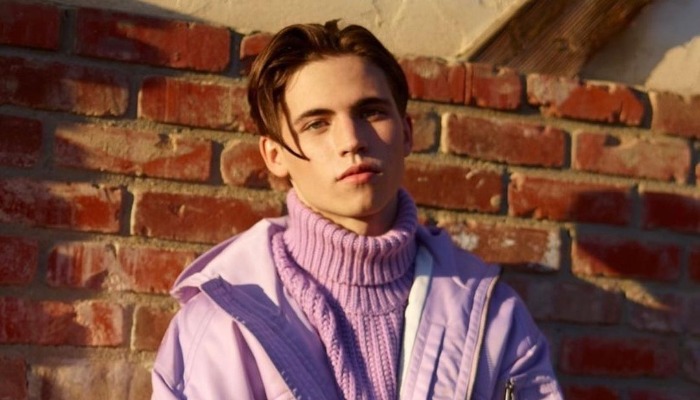 Before Tanner Buchanan became an actor, he was a tap dancer. He began tap dancing at the age of 5. When he was 9 years old, agents approached him and asked him to try acting.

At first, he didn’t agree, but his father told him to try for 6 months. Tanner turns into a passionate actor until this day.

His first on-screen appearance was in a sitcom called Modern Family. Tanner also made a guest appearance in Untitled Jeff and Jackie Filgo Project and The Real St. Nick.

In 2013, he starred in the TV series Grey’s Anatomy, Major Crimes, and Ghost Ghirls, and a comedy film Jake Squared.

In 2015, Tanner landed his initial major role in Girl Meets World, a Disney TV series. The role brought him to get recognition and starred in the TV series The Fosters and Game Shakers.

He drastically increased his fame after starring in the TV series titled Cobra Kai.

1. Tanner has a great body shape

2. The green turtleneck and suit are classic

3. What are you thinking, Tanner?

4. A mirror selfie from the actor!

5. Even with a basic white shirt and black pants, Tanner looks charming

Tanner Buchanan is a compelling and likable actor. He deserves better recognition, chancer for more major films, and a huge tribe of fans.