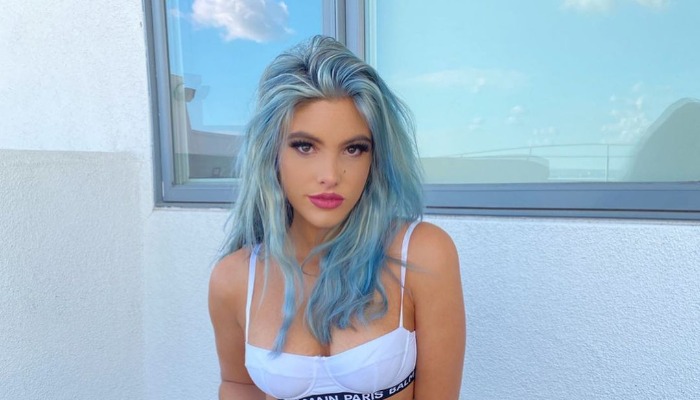 Lele Pons started her fame by creating humorous videos on Vine at the age of 16. She became the first person who received 1 billion loops in the platform.

As the company shut down, she moved to YouTube, then gained millions of subscribers immediately.

In 2016, she signed a contract with Shots Studios and her agenda got managed by John Shahidi. She took a role in a romantic comedy movie titled We Love You on YouTube Red.

The characters in the movie were played by other YouTubers too, including Fousey or Yousef Erakat and Justin Dobies.

she also appeared in a horror TV series on MTV titled Scream. Then, she starred in several music videos such as Downtown by J Balvin and Anitta and Havana by the singer Camila Cabello.

After that, she released her own single named Celoso and got platinum certifications three times. Eventually, she launched her English song with Jake Owen titled Señorita.

3. Let’s go to the beach with Lele Pons!

4. She looks amazing with that sparkling dress

5. That denim outfit makes her gorgeous

She is a multi-talented influencer. She writes, sings, and acts. Let’s see what she will do in the future!