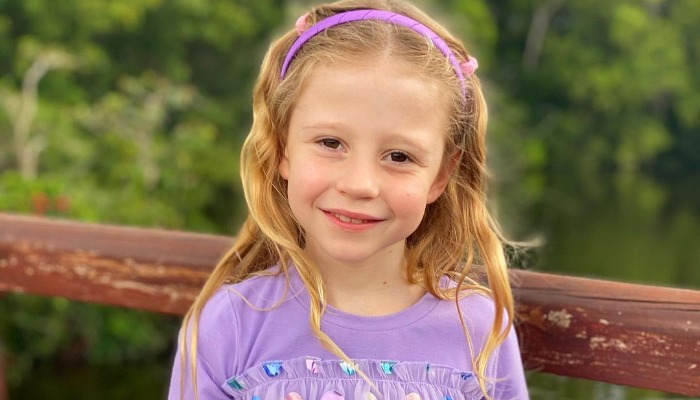 In 2015, Nastya’s parents sold their business, then they created a YouTube channel named Like Nastya a year later.

At first, the channel was about a toy unboxing, but it was spread into the vlogs about the family’s visits to a lot of amusement parks in different countries.

Her videos also about the girl portraying different roles or professions. Her parents relied on their savings for traveling, but the channel grew and they got money from it.

Some of her most popular videos are vlogs about Thomas and his friends and going to the zoo. Those videos earned more than 180 million views.

She also often collaborates with other kid YouTuber, Diana from Kid Diana Show.

In 2020, She was nominated in Parenting, Family, and Kids category at the 2020 Annual Awards. Her videos are dubbed in many languages, such as Hindi, Arabic, and Spanish.

1. Nastya wore a beautiful gown for her 7th birthday

2. A close-up look from this kid YouTuber

3. This little girl celebrates Christmas at her house

5. The white and pink dress makes her look gorgeous

Like Natasya has become a huge YouTuber even though she’s still a child. It proves everyone can gain everything no matter how old they are.