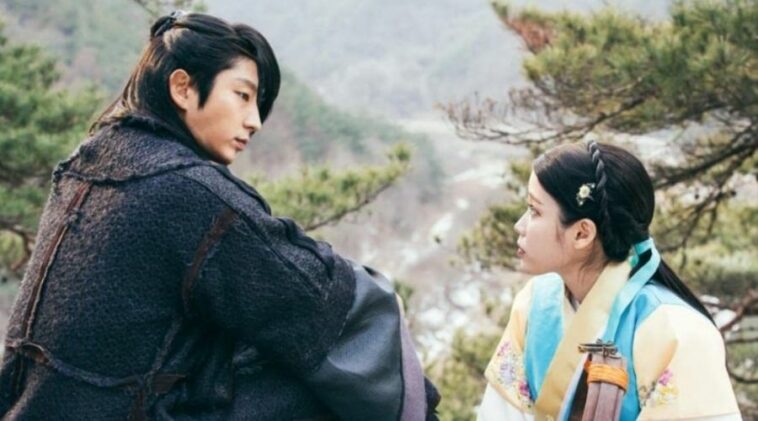 All the cast started the script reading process on January 8, 2016, and the production crew began their preparation in 2015.

Her opponent actor, Lee Joon Gi, made some appearances as the main actor in Two Weeks (2013), and also Gunman in Joseon (2014).

Moon Lovers: Scarlet Heart Ryeo replaced the schedule of the previous SBS drama, Doctors, which was aired every Monday and Tuesday at 22:00 KST.

Go Ha Jin (IU) is actually a 25-years-old lovely woman who lives in the 21st century. But one day, there’s a total solar eclipse that brings her back to the Goryeo era.

After being transported to the year 941, she found out that she became another person, Hae Soo.

She finally knows that she is surrounded by some royal princes of the Wang family when King Taejo still reigns the era.

At first, she falls deeply to Wang Wook (Kang Haneul), the 8th prince with a gentle personality. He is the type of man who has a warm heart.

But later, Hae Soo finds that her heart turns its path into the 4th prince, Wang So (Lee Joon Gi).

From the outside, Wang So’s appearance is frightening and he always uses a mask to hide his own face.

Not only about love life, but Hae Soo also finds out that she is involved in the politics at that palace.

A 25-years-old young woman who is optimistic and always rooting for justice. She is involved in time travel accidentally which finds her love in the Goryeo era.

Hae Soo is the only one who understands Wang So and can help him.

Her extreme coldness and cruelness were caused by a lot of his pains. He is always being misunderstood by every people around himself. Hae Soo’s arrival changes his life forever.

A kind gentleman who always has a deep heart for everyone around him.

Women of the Princes