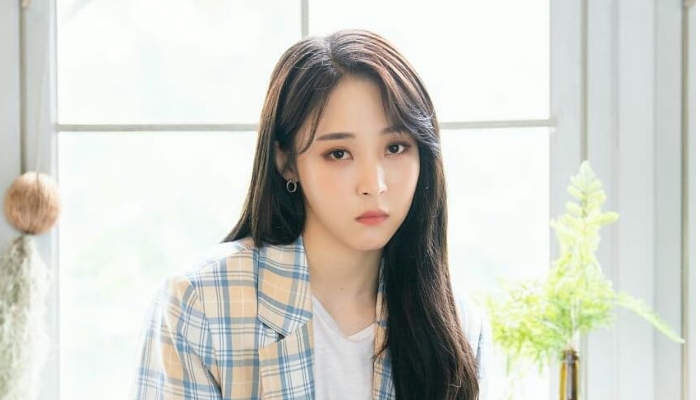 Moonbyul started her career as Kpop idol by joining MAMAMOO. With the group, she made her debut in 2014 with the song Mr. Ambiguous of their first EP Hello.

Moonbyul is known as the main rapper of the group. She helped write her rap for Mr. Ambiguous alongside Hanhae of Phantom.

This girl born in Bucheon also wrote her rap for the song Piano Man of their second EP.

Her talent in songwriting is widely known. Since 2021, Moonbyul has 58 song writing credits under her name. This includes JeA’s Greedy, SSAK3’s Let’s Dance, and plenty of Mamamoo’s songs.

With the success of Mamamoo, this 92 liner began her solo career in 2018.

She released her debut digital single Selfish with 3 songs including the title track featuring Red Velvet’s Seulgi, In My Room, and Love & Hate (Acoustic Version).

In February 2020, the Kpop star released her first EP Dark Side of the Moon. This mini album has total of 6 songs, titled Eclipse, Mirror, Iljodo, Moon Movie, Weird Day, and Snow.

She later released a repackage version of the album, titled Moon: Repackage in May of the same year.

This album has an added introduction called Intro: Satellite, a new song Absence, and an instrumental version of Absence.

1. Moonbyul is shining in this bright red outfit

2. She is looking comfy yet cool in grey hoodie and sweatpants

3. Moonbyul in a winter wonderland

4. Sweet or spicy, Moonbyul can pull off any looks.

5. This overcoat looks like it’s made just for her. Perfect!

A great singer and a talented songwriter, that is what defines Moonbyul on her journey in the music industry. No wonder many people have become a fan of her.