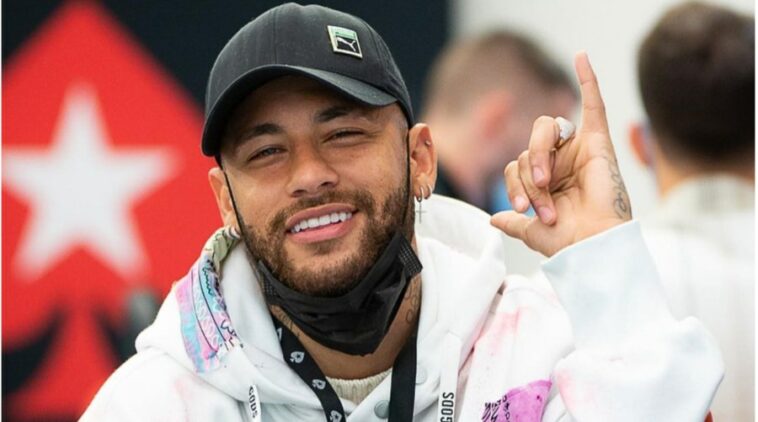 Born into a father who also plays football, Neymar Junior combines his passion for soccer with schooling.

Though growing up in poverty, his father could recognize his incredible talent and decided to help his son pursue his dreams.

At the age of six, Neymar Junior began to play futsal which helped him develop his ability to perform his moves in tight spaces and his agility.

To give him more opportunities for competitive futsal, his family moved 100 km away from Mogi to São Vicente. In southern São Paulo, they found a competitive Futsal team called Portuguesa Santista.

He took a trial and when passed, he was inducted into their Futsal youth ranks. In there, he used his trick and feint to beat players who were bigger and older than him.

Five years after joining Portuguesa Santista, he got called from the biggest club in Brazil, Santos FC. With his signing with Santos FC, it helped the family out of poverty so they could afford a house close to Santos FC stadium.

With his popular skill, European scouts began trying to sign him and in 2006, when he was 14, he got an invitation for a Madrid Academy trials. But the negotiation with Real Madrid failed and he continued with Santos Academy.

He made his first professional senior debut at age 17 in 2009 with Santos FC. In 2009, he also voted as Best Young Player of the 2009 Campeonato Paulista.

In 2017, he moved from Barcelona to Paris Saint Germain with the transfer worth €222 million.

His remarkable skill makes him get called on to represent Brazil at Under-17. He also represented Brazil in the 2014 FIFA World Cup but at that time he got injury and Brazil should lose 7-1 to Germany.

“You need a lot of comfort and nothing to be on your weight to play as you wish.”

“The moment I am off the field, it’s my personal time.”

“What I think about is my happiness, together with my family. I want us to be happy.”

“I never like to say that I’m better than anybody else.”

“The first game is always the most difficult, for the nerves you have before you begin to play.”

“It is easier when you like to work with your companions.”

“I’m only one Neymar – for my family, for the public. I’m always the same person.”

“I want to trace my own path by doing the things I have been doing, winning titles, reaching goals.”

“I try to be myself without being anything different.”

“Before speaking without knowledge, saying lies, you have to present evidence.”

“When you see a person you love being affected, suffering, people saying things that aren’t true… then it hurts you.”

“I’m a happy guy. I like to joke around. I’m irreverent. I love my family; I love my son. I was very happy with and proud of the birth of my son. I grew up a lot after he was born. I’m just an easy and happy guy.”

“I don’t mind being the one people talk about. It doesn’t weigh on me.”

“I’ve always had the greatest respect for and listened to both my father and my mother. I’ve always tried to follow my parents’ advice because these are people who want the best for me.”

On the field, Neymar Junior is a football legend who is adored by many of his fans. When he is not on the football field, he is a man who loves luxury things such as watches and someone who loves his family.