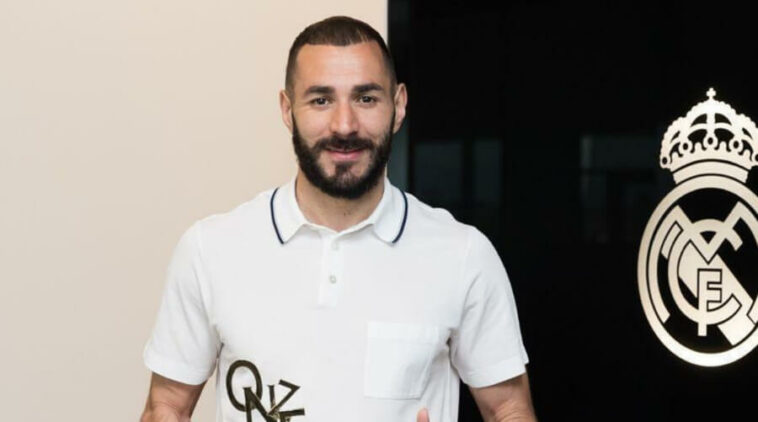 Coming from a humble family, Karim Benzema began his football career when he was eight years old at Bron Terraillon, a club in his hometown, Bron.

When he scored two goals in a U-10 match against Lyon Youth Academy, it makes Lyon club get interested in him.

Though at the beginning Bron Terrallion refused to sell him, but after Lyon’s official talked to his parents, he got the chance to serve as ball boy at Lyon’s senior team games and his adventure with Lyon’s youth team then began.

He began his professional senior debut at Lyon senior in 2005 when he was 17. He rose to fame as the Ligue 1 Player of the Year and after scoring 66 goals in a total of 148 appearances, in 2009 he signed a six year contract with Real Madrid.

He also awe people with his performance for the national team. He began represented Frances as the part of the U-17 in the 2004 UEFA European Under-17 Championship and helped bring the team to stardom.

He made his international senior debut representing France at the age of 19 in 2007. Ever since, he has taken part in three major international tournaments such UEFA European Football Championship 2008 and 2012 and 2014 FIFA World Club.

“For the moment, I haven’t ended my career. I’m young. There are still a lot of goals.”

“Some people say I don’t love the French national team. If that were the case, I would have said so directly to the coach, because I’m a big boy.”

“What I would like is to at least have a discussion with the coach, that he tells me what he thinks. I have to know.”

“The public digs needled me to rebel. They forced me to work harder”

“I have faith in the players, who have paid me back on the pitch. I have brought in young players because they have a lot of potential. I’m the only one who decides, and I take decisions based on sporting reasons.”

“Personally, what goes beyond sport, you have to put to one side. You need the best to win trophies.”

“I don’t need money, and when I do a favor, I expect nothing back.”

Karim Benzema’s road as a footballer isn’t a flowery road. He should face discrimination back at school and when he started his career, but his potential and grit brought him to stardom as a footballer.